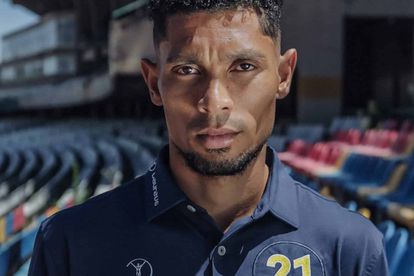 Born in Kraaifontein in Cape Town, Van Niekerk got his first taste of sport playing rugby with his cousin Cheslin Kolbe.

After deciding his future lay in athletics, Van Niekerk took up sprinting in 2009, at the age of 17.

On a magical evening of track and field in Rio in 2016, a night that had an entire nation beaming with pride, Van Niekerk produced a breath-taking run, running  “blind” in Lane 8 to beat Michael Johnson’s longstanding world record set in 1999.

In August 2017, Van Niekerk successfully defended his 400m world title at the 2017 World Championships in Athletics in London and continues to be one of SA’s most decorated and celebrated sportspeople.

“We are thrilled to officially welcome Wayde to the Laureus Family. It has been remarkable to witness his rise in world sport and the impact that he has had in inspiring South Africans both young and old. He has shown tremendous character throughout his career, both on and off the track and we look forward to working with him to uplift communities across South Africa”.

Wayde van Niekerk said: “I’m honoured to be a part of the Laureus family, joining an esteemed group of sports men and women who are members and ambassadors of this great global organisation.

“Laureus does amazing work in uplifting society by celebrating sport and transforming lives across South Africa and around the world, so I’m excited to get started and make an impact with my involvement in the Sport for Good Foundation, especially working on the Laureus projects which I am so passionate about, including mental health projects and nutritional education within local communities.”

“It’s great to welcome Wayde as an Ambassador, he is a fantastic young athlete and I have a lot of respect for him. I think that he has an incredibly bright future on the track, and also as a great role model for young athletes. He has shown that he wants to inspire the next generation of young people in South Africa and around the world. The combination of his athletic ability and his desire to give back make him a perfect choice as an Ambassador.”

Laureus Ambassadors are a select group of both current and retired sportsmen and women who have achieved sporting greatness or made significant contributions to the sporting community during their careers. They are recognised as role models and icons of success and volunteer their services to support the work of Laureus Sport for Good.

Laureus Sport for Good is a global charity that uses the power of sport to help young people overcome violence, discrimination and disadvantage. Currently supporting more than 200 programmes in over 40 countries, Laureus has raised more than €150m for the Sport for Development sector and changed the lives of more than six million children and young people since 2000.