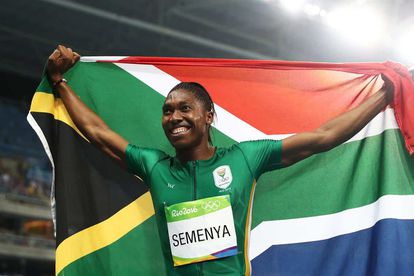 He just seemed to get quicker and quicker. To hold off Kirani James and LaShawn Merritt in smashing Michael Johnson’s 1998 world record was a sight to behold for South Africans around the world. His one-lap blitz even drew this response from the great Usain Bolt.

From banned, down and out tik addict in a Western Cape township, to Olympic Games silver medallist in the space of two years. This 25-year-old inspiration beat poverty, addiction and all but one of his rivals to go down in SA history. The best news is that he’s not finished yet – with a fresh, golden goal already set for Tokyo in four years’ time.

Once you’ve beaten off cancer, like Brittain recently did, a few boat races probably don’t seem as daunting as they once did. Our pair were only second best to a mighty New Zealand crew in the coxless pairs, sealing South Africa’s only medal on the water.

Of all the things to do after being sick, a 1.5km swim, 40km cycle and a 10km run probably doesn’t feature too highly on the list. Not only did Schoeman finish – many competitors didn’t in the Brazilian heat – he fended off all except the imperious British Brownlee brothers. Honourable mention to countryman Richard Murray, who ran himself into fourth place.

It’s a pretty special athlete who can reflect on a pair of Olympic second places with a tinge of disappointment. But to do so against a backdrop of indifferent form, two sick parents and a possessed arch-rival gives some context. Plus, his shadow boxing showdown with said demonic American has to be the funniest moment of these Games.

We were hoping for gold, sure. But Sevens is a fickle format and, but for a wrist injury to Seabelo Senatla, Neil Powell’s side may just have reached that final and given Fiji a right old go. But what sort of cold-hearted soul would deny those guys from the South Pacific their moment anyway? Not only that, Francois Hougaard gave his medal away to the stricken Senatla. A mighty fine slice of Pierre de Coubertin’s Olympic values right there.

Another South African swimmer who came up against genius in the pool. Britain’s Adam Peaty destroyed his own world record not once, but twice in sealing 100m breaststroke gold. No shame in coming home with some silverware after that uphill battle.

Flying the flag for a whole continent in the final, the 32-year-old beat off what felt like most of eastern and central Europe to bag a silver. Her throw of 64.92m was enough to seal South Africa’s ninth medal of the Games, one short of their target of 10, with one hot favourite still to go…

Our Queen of the Track has overcome years of grotesque personal intrusion into her gender, her, sexuality, her performance. She’s courageous, she’s the best in the world… and she’s one of us. Go get ’em, girl.