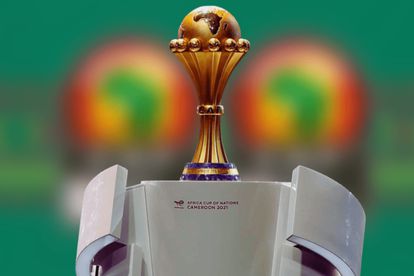 The 2021 Africa Cup of Nations (AFCON) tournament draws to a close with TODAY’s final between two of the continent’s footballing heavyweights. Photo: EPA

The 2021 Africa Cup of Nations (AFCON) tournament draws to a close with TODAY’s final between two of the continent’s footballing heavyweights. Photo: EPA

The 2021 Africa Cup of Nations (AFCON) will not be broadcasted on the SABC’s free to air channel, but that should not stop you from watching any of the games.

If you don’t have paid television subscription and all you have is SABC but still don’t want to miss any of the Afcon action, then this trick is for you.

Afcon kick off on Sunday

The much anticipated Afcon spectacle finally got underway on Sunday when hosts Cameroon beat Burkina Faso 2-1 in the opening encounter. That did not come without its scares though, as the visitors had the better start to proceedings. The Burkinabe even went as far as taking a deserved lead through Gustavo Sangare in the 24th minute.

READ | WATCH | ALL SMILES AS KAIZER CHIEFS RETURN TO TRAINING AND GUESS WHO IS BACK!?

That goal seemed to wake the home side up, however, and spur them on, as they went in search of a swift equaliser. It would eventually come via a spot kick from captain Vincent Aboubakar, restoring parity for Cameroon in the 40th minute. Things would then go from good to better for the hosts when are frantic couple of minutes before half time would see them awarded yet another penalty kick.

Captain Aboubakar was again on hand to convert and earn Cameroon the lead for the first time in the game and in the tournament. They would eventually hold on and secure all three points to get their home Afcon tournament underway with a positive start. It was an exhilarating first game of the tournament, and if it is anything to go by, we should be in for a humdinger of a showpiece.

Here is how to watch on SABC!

But some of you may be in danger of missing out completely due to the SABC only making the tournament available on their paid subscription package as well. That, however, doesn’t have to leave you in the dark, as there is loophole. All you need to do is plug in your old TV aerial and allow it to search for the available channels. According to SABC Sport anchor Thomas Mlambo, one of their paid subscriptions should pop up in the search and there you have it! All the rest of the Afcon games will be right there at your disposal free of charge!

Watch him explain the steps on the video below so you can get to watching the Afcon now, and thank us later!