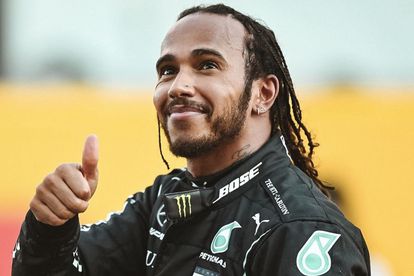 Formula One boss Stefano Domenicali recently got a few engines revving in Mzansi after he told Sky Sports that South Africa is being lined-up as a potential new venue on an extended race calendar, and Hamilton has now endorsed such a plan.

Interest in Formula One has skyrocketed recently and the increased demand among audiences may force organisers to put more dates in the diary for upcoming seasons.

Domenicali said that a 30-race calendar could be considered for 2023 and beyond and those running the show are looking to add races in new regions and countries.

A street venue in Las Vegas has already been confirmed as a new venue, while more races in China have been touted.

Furthermore, the Kyalami circuit in Johannesburg remains firmly in contention.

The 2022 season will comprise 22 races, down from the original 23 stops after the Russian Grand Prix was scrapped following that country’s invasion of neighbours Ukraine.

South Africa hasn’t hosted a Formula One grand prix since 1993, an incredible 29 years ago this season.

Watch below as Hamilton calls for South Africa to be added to the F1 calendar:

The race was won from pole position by French legend Alain Prost driving a Williams-Renault.

Prost’s great rival, Brazilian Ayrton Senna, finished second in a McLaren-Ford, with Great Britain’s Mark Blundell in a Ligier-Renault rounding out the podium.

Incredibly, of the 26 starters, only five finished the race, although seven were classified.

Runner-up Senna was the only driver that winner Prost did not lap – surely an all-time Formula One record!