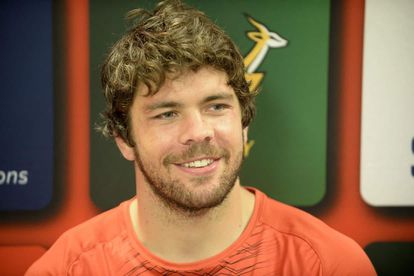 When Springbok coach, Rassie Erasmus names his first squad in the coming weekend, one name that will almost certainly not feature is that of Lions number eight, Warren Whiteley.

The 30-year-old, who captained the Springboks twice at the beginning of last year, has been out of action since March, after picking up a knee injury in a Super Rugby defeat to the Blues and has been ruled out of the first four Tests of the year, which will be against Wales and England.

Whiteley has been plagued by injury over the past year, and is yet to feature in the green and gold since the second Test against France in June last year, where he sustained a groin injury.

Stormers lock, Eben Etzebeth took over as Bok skipper for the bulk of the 2017 season, but was also injured during the last Test of the year against Wales in Cardiff, before flanker, Siya Kolisi led the team for the rest of the side.

With Etzebeth also out of action, Kolisi is now touted as a possible captain, with Bulls flyhalf, Handre Pollard also a possible replacement.

The Springboks opponents in the June Tests are also without a few key players, as Wales coach Warren Gatland was forced to pick a depleted side for the game in Washington, as it falls out of World Rugby international calender, meaning players based in England could not be released by their clubs.

More depleted though, is the England squad that will be touring South Africa for three Tests starting on 13 June, as several players who took part in the disastrous Six Nations campaign have been rested, while the likes of captain, Dylan Hartley have been ruled out by injury.

Daily Lotto | One lucky winner of Friday’s jackpot: All the numbers and payouts

ANC Councillor and two other men gunned down in Piet Retief