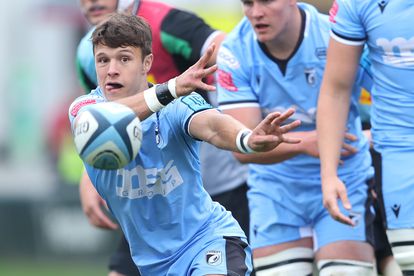 Cardiff Blues vs Bulls: Track the United Rugby Championship meeting between these two sides as they clash at Cardiff Arms Park on Saturday 9 October 2021.

The Bulls head to Cardiff bidding to get off the mark in the United Rugby Championship.

Jake White’s Bulls have endured a difficult start to life in the competition, suffering defeats to Leinster and Connacht to leave them bottom of the table heading into the third round.

Despite not getting the desired results so far, the Bulls side remains upbeat and optimistic as the season progresses. “The vibe and camaraderie are still great among the group. We continue to work hard both on and off the field,” Burger said. “The season is a long one, and definitely cannot be decided on the first two matches. There is still a lot to play for.”

Cardiff overcame Connacht in Round 1 but will be targeting a return to winning ways following their defeat to the Ospreys in Swansea last time out.

The hosts’ coach Dai Young believes the Bulls will be desperate to get a win.

“I thought the score last week flattered Connacht a little bit. The Bulls were better than the score would lead you to believe,” said Young.

“But nothing changes from our point of view. I’m sure they’ll want to get a result on the board sooner rather than later.

“They’ll probably see this as the perfect opportunity to do that.”

Cardiff welcome the Bulls boasting an impressive recent home record having won their last four matches at the Arms Park.

The Bulls have lost their last two matches but have not suffered three in succession since doing so in Super Rugby in February 2020.

Cardiff have lost only two of their previous eight matches against South African opponents, with both of those defeats coming away from home.

Take our Rugby Quiz: One clever fan will win R1 000 in cellphone data!

Why Orlando Pirates player is training with Chippa United

Kaizer Chiefs set to miss out on NINTH signing, guess who?