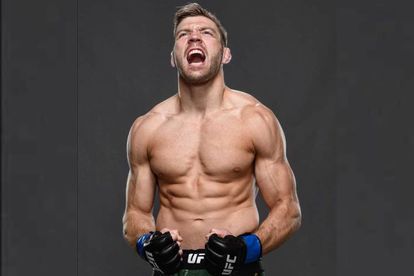 Kelvin Gastelum will not fight at UFC 273 because of an undisclosed injury, leaving South Africa’s Dricus du Plessis without a fight. Photo: Mike Roach/Zuffa LLC via Getty Images

Kelvin Gastelum will not fight at UFC 273 because of an undisclosed injury, leaving South Africa’s Dricus du Plessis without a fight. Photo: Mike Roach/Zuffa LLC via Getty Images

Giles is on a three fight winning streak having sustained both his career losses in 2019.

Du Plessis was scheduled to face Giles on 20 March 20 2021 at UFC on ESPN 21 but was forced to withdraw due to visa issues.

Giles has stated his desire to get the fight over with early, but neither man has sustained a loss in the first two rounds of a bout in their professional careers.

Du Plessis has collected all 15 of his wins with a finish, while Giles has 11 finishes in his 14 wins.

Giles and Du Plessis have similar records but the American is considered the favourite but their isn’t much in it.

Both fighters have the power to score a knockout victory, and Du Plessis might look to lock Giles into the guillotine choke which he has been submitted with twice.

Giles is expected to come out swinging, as much as he could overwhelm Du Plessis, it takes one mistake for ‘Stillknocks’ to end a fight.

Giles and Dricus du Plessis will face off in the Octagon Saturday to kick off the four-fight prelim card for UFC 264. The fight is expected to start at midnight on Sunday 11 July (Saturday 10 July in the US), and will be broadcast on SuperSport, with live streaming available on DStv Now.

Trevin Giles vs Dricus du Plessis – Tale of the Tape