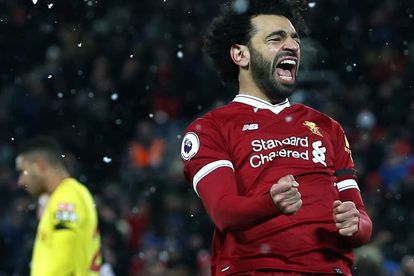 This article will be updated, refresh to see the latest.

Liverpool came from behind on the night to seal their spot in the Champions League semi-finals ahead of Manchester City.

A 5-1 aggregate blitz didn’t look to be on the cards when City went ahead inside three minutes as Gabriel Jesus swept home.

Raheem Sterling had shoved Virgil van Dijk off the ball in the build up before teeing up the Brazilian.

They then had a Leroy Sane effort chalked off for offside, despite the clearance of Loris Karius rebounding off Liverpool’s James Milner.

The decision of ref Antonio Miguel Mateu Lahoz went down like a bag of cold sick.

City chief Pep Guardiola let him know what he felt at half time, with the Spaniard banished to the stands for the second half by his countryman as a result.

Salah was on hand to do the business yet again on 57 minutes after great work from Sadio Mane.

And Roberto Firmino sealed the deal when he pick-pocketed Nicolas Otamendi before picking out the bottom right-hand corner with immaculate precision.

Missed the action? Catch up with our live blog.

Roma came back from the dead to stun Barcelona in their Champions League quarter-final at the Stadio Olimpico.

Edin Dzeko gave the hosts hope after six minutes when he latched on to Daniele De Rossi’s through ball before finishing with ease.

Patrik Schick then headed just wide for the hosts, with Barca suddenly on the ropes for a spell.

And Roma made it two when De Rossi rifled in a penalty to set the cat among the Barcelona pigeons.

Kostas Manolas completed the shock demolition job when he headed in magnificently on 83 minutes.

Missed the action? Catch up with our live blog.