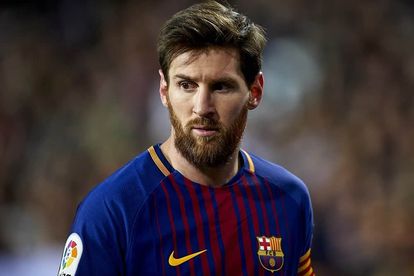 Lionel Messi struck an away goal at Stamford Bridge three weeks ago to seal a 1-1 draw.

Antonio Conte’s side had been defying the odds and an almost total absence of possession.

The instrumental Willian had already hit both posts when he finally found his range to blast past the helpless Marc-Andre ter Stegen with 64 minutes gone.

While the Blues are ailing in the English Premier League, Barca are well clear at the top of La Lige in Spain.

But boss Ernesto Valverde will be desperate to add the biggest trophy of all as the campaign builds towards its climax.

Bayern Munich are in Istanbul to finish the job on Besiktas in their Champions League last 16 second leg.

A 5-0 lead from the first leg three weeks ago means the German giants have a foot and a half in the quarter-finals already.

Thomas Muller tapped in the opener before Kingsley Coman doubled the advantage the other side of half time.

Muller then scored again and Robert Lewandowski added four and five to sink Senol Gunes and his men.

The home side could be forgiven for having one eye on their three-way battle at the top of the Turkish Super Lig.

‘Cocaine drop-off zone’? Get your fix with these CT road signs