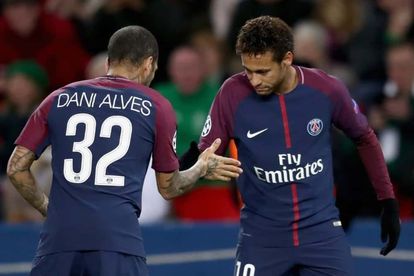 And they do so knowing that they need to win by four goals to pinch first place.

PSG’s perfect record makes it an unlikely prospect, but the home side have licence to go for it at the Allianz Arena with their qualification already secured.

The top half of the group was settled after the previous round of fixtures.

That leaves Celtic and Anderlecht playing off for a Europa League place in Glasgow.

A three-goal winning margin would do the trick for the Belgians.

Group D leaders Barcelona are already home and hosed as they line up against Sporting Lisbon at the Camp Nou.

The Portuguese side have a hope of progression themselves if they can sneak an unlikely win.

But that also relies on second-placed Juventus failing to pick up three points in Athens against Olympiakos.

Victory over the KO’d Greeks will see last year’s finalists safely through as runners up.

Manchester United need just a point from their final Champions League home fixture against CSKA Moscow to guarantee top spot in Group A.

A shock defeat last time out should prove annoying but not damaging for the Red Devils.

Not only will Basel need to beat Benfica, they will also need a heap of goals in the group’s other match.

The same applies to the Russians at Old Trafford, with a big goal difference swing required to turf United out.

A win for Antonio Conte’s reigning Premier League champions will see them top the pile no matter what.

Any slip up, though, and Roma could leapfrog them with victory at home to rock-bottom Qarabag.

Atletico simply need to win and hope the Azerbaijani minnows upset the odds at the Stadio Olimpico.

If not, the Europa League beckons for the Spanish big guns.