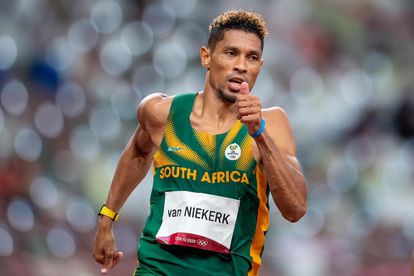 South Africa’s 400m world record holder Wayde van Niekerk will be back in action at the Tokyo Olympics on Friday.

Van Niekerk failed to make the final of the men’s 400m earlier in the week as Steven Gardiner of the Bahamas inherited his mantle of Olympic champion.

The South African quartet have been drawn in the outside lane – Lane 9 – with the top three finishers from both heats along with the next two fastest teams advancing to the final.

South Africa won a medal on their Olympic debut in the men’s 4x400m relay, claiming silver at the 1920 Games in Antwerp behind winners Great Britain.

Their next Olympic appearance came 40 years later at the 1960 Games in Rome where they finished fourth, and another 36 years would pass before their third appearance at the 1996 Games.

The South African team are making their return to the Olympic stage at Tokyo 2020 after missing out on the 2016 Games in Rio de Janeiro.

At their most recent Olympic appearance in 2012 they finished last in the final, and were later promoted to seventh following the disqualification of the Russian team.