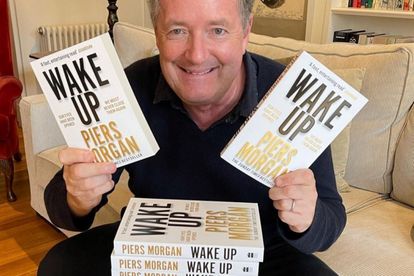 British journalist Piers Morgan has done it again! He has found himself on the wrong side of Twitter once again for attacking ANOTHER female black athlete. This time American gymnast Simone Biles is at the receiving end of Morgan’s attacks for withdrawing from the individual all-around competition to focus on her mental health.

Biles is considered one of the greatest gymnasts of all time and her withdrawal comes after the 24-year-old stepped away from a dramatic team competition on Tuesday, 27 July 2021, citing mental health concerns

USA Gymnastics confirmed the news on its Twitter page.

“After further medical evaluation, Simone Biles has withdrawn from the final individual all-around competition at the Tokyo Olympic Games, in order to focus on her mental health,” a short statement read.

Well, Simone Biles deciding to call it a day did not sit well with Piers Morgan, who has never shied away from controversy

“Are ‘mental health issues’ now the go-to excuse for any poor performance in elite sport? What a joke. Just admit you did badly, made mistakes, and will strive to do better next time. Kids need strong role models not this nonsense,” Morgan said on Twitter.

It didn’t end there – he further implied that Biles was merely being “weak” by quitting.

“Athletes are now deemed more courageous, inspiring & heroic if they lose or quit then if they win or tough it out, which is ridiculous. I blame Twitter’s virtue-signallers for fuelling this culture of celebrating weakness. The real world doesn’t think like that,” Morgan said.

As expected, many of Biles’ supporters were infuriated by Morgan’s tweet, but the author and failed talk show host is far from done. In fact, he says he’s penning a lengthy piece on The Daily Mail.

This isn’t the first time Morgan has caught fire for attacking a black female athlete. Back in June, he wrote a scathing opinion piece on tennis star Naomi Osaka, labelling the 23-year-old a ‘narcissistic’ and an ‘arrogant spoiled brat.’