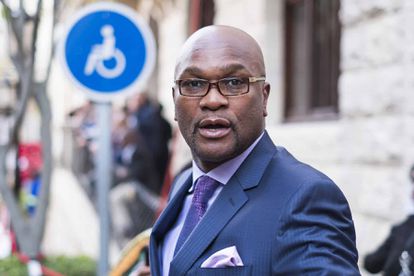 However, similar to a press release issued earlier in the day by SASCOC, Mthethwa couldn’t confirm how much would be paid to those athletes who found their way to the podium.

Mthethwa felt moved to release a statement via his spokesperson Masechaba Khumalo on Tuesday after public uproar following weekend reports that there were no funds available to pay bonuses to South Africa’s two Tokyo Olympics medalists Tatjana Schoenmaker (gold and silver) and Bianca Buitendag (silver).

It was the first instance since readmission in 1992 that South Africa failed to win an athletics medal and the first time in history that no male member of Team SA won a medal.

“Any podium position at the Olympic Games by an athlete is no mean feat considering that more than 11 090 athletes compete to be crowned with a medal out of 339 on offer.  It is therefore befitting for the country to recognise and honour outstanding and exceptional performances at both the Olympic and Paralympic Games,” said Mthethwa’s press release.

“Guided by the National Sport and Recreation Plan (NSRP) the Ministry recognises and rewards outstanding performances by athletes on a regular basis. The contribution of coaches who are critical to the success of our athletes is also recognised when their athletes perform exceptionally well, flying the South African flag high on the world stage. In the media briefing #ForTheRecord on 5 August 2021, Minister Mthethwa announced that our medalists from both the Olympic and Paralympic Games would be rewarded. The quantum of the rewards would be in keeping with the well-established norms and standards from the previous Olympic and Paralympic Games.

“In addition to the National Lotteries Commission support to Team South Africa, the Department has also provided R7.4m towards team preparations for those teams who ranked top 10 and those athletes with the potential to win medals. Amongst those, was gold medalist, Tatjana Schoemaker (sic).

“As for the overall performance of the Olympics team, the Department will have a post-mortem meeting with SASCOC, especially because it is SASCOC’s task to coordinate the team, including the selection process.”

It’s clear SASCOC are waiting to see how many medal winners the country has at the Paralympics before committing to any payments.

South Africa have had a far better record at the Paralympics in recent years, winning as many as 38 medals at the 2000 Paralympics in Sydney and 35 in Athens in 2004.

As it currently stands, South Africa will only be sending 18 athletes to compete in four sports at the Tokyo Paralympics which are scheduled to run from 24 August to 5 September 2021.