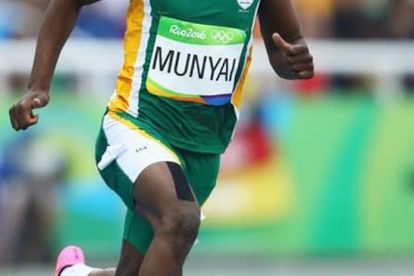 History made by SA Sprinters

The sprint trio ensured that South Africa will have three sprinters advance to an Olympic 200m semifinal for the first time ever, with their qualification from the heats in Tokyo.

Jobodwana, the most experienced of the South African sprinters in Tokyo with two previous Olympics under his belt, was the first one up in the very first heat of the 200m event, and qualified for the semifinals in third place when he crossed the line in a time of 20.78 secs.

Jobodwana grateful to be at Tokyo Olympics

The Phakamisa-born sprinter who has been riddled with injuries since 2016, has not had the easiest route to the Tokyo Olympic Games, with his qualification eventually coming by virtue of his world ranking, a feat he was visibly grateful for as expressed by him on his official social media platforms last month.

Jobodwana, a IAAF World Athletics Championships 2015 bronze medallist, who has a personal best time of 19.87 that won him that bronze, will now be undoubtedly looking to peak at the right time and at the right stage as he enters the semifinals.

Maswanganyi gets a second bite at the cherry Olympic Games

The second South African sprinter to qualify from the 200m heats was Maswanganyi who qualified in second place when he crossed the line in a time of 20.58 secs. The Soweto-born athlete led his heat for the best part of the race, but eventually eased off and was overtaken towards the end.

Maswanganyi finds himself as part of South African sprint history for the second time in these Olympic Games as he found himself in the trio that became the first sprinters from the country to simultaneously advance to a 100m semifinals at an Olympic Games, over the weekend.

The University of Houston Freshman of the Year winner is the only South African sprinter who is doubling up in both the 100m and 200m at these Olympic Games. His 100m journey ended disappointingly as he ran a 10.10 secs in the semifinals and he will no doubt be hoping for better fortunes in the 200m semifinals.

Qualifying as the third South African sprinter and completing the history making feat was Clarence Munyai. Munyai’s situation is rather strange in comparison to his other two compatriots, as he finished fourth in the final heat yet still made it to the semifinals.

Luckily for Munyai, he was in an extremely fast heat that allowed not only him, but the athlete behind him in fifth place to qualify for the semifinals by virtue of having one of the best three times outside the automatic qualification places.

He ran the fastest time of the SA sprinters

Munyai also ran the fastest qualifying time out of the South African sprint contingent, crossing the line in a time of 20.49 secs. and that should give him hope that he can compete in the semifinals against those that qualified automatically.

The 23-year-old Munyai is the current South African 200m record holder with his time of 19.69 secs still unsurpassed, despite his injury struggles which have limited his participation in recent times.

The three South African sprinters will now come back out for the semifinals at 13h50 South African time. Can they make further history?