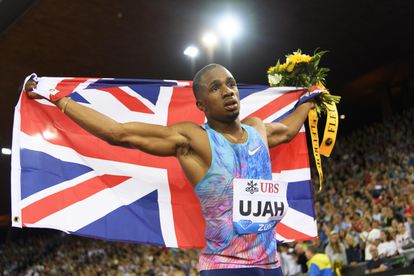 Great Britain’s men’s 4×100 metre relay team have surrendered their Olympic silver medals following a positive doping test for one of its members.

Ujah’s Olympic Games doping test was found the athlete to have the prohibited substances ostarine and S-23 in his system.

Great Britain had taken the silver medal after finishing second behind gold medallists Italy by one-hundredth of a second.

The three members of the team who were clear will of course also forfeit their medals.

Nethaneel Mitchell-Blake, Zharnel Hughes and Richard Kilty lose out as a result of Ujah’s indiscretion.

“It is with real sadness that we have had to ask for the medals, certificates and pins back, especially for the three athletes who have been affected through no fault of their own,” British Olympic Association CEO Andy Anson said.

“However, this is the CAS ruling and we must abide by it, just as we have been clear that must happen to other nations whose athletes have broken doping rules.”

Great Britain’s silver medals will be awarded to the foursome from Canada while China’s team will be handed the bronze medals.

Hughes endured a horror run in the individual 100 metres, causing a false start in an earlier round before jumping the gun again in the final and being disqualified.

Kilty took a dim view of his teammate’s actions.

“To finally reach the pinnacle and win an Olympic medal, and then to lose it because one person has just been sloppy and reckless with what’s gone into their body, is heartbreaking,” said Kilty. “Now he’s made that mistake I don’t think I’ll ever be able to forgive him because me, Zharnel Hughes and Nethaneel Mitchell-Blake have lost a medal at the hands of his mistakes.”