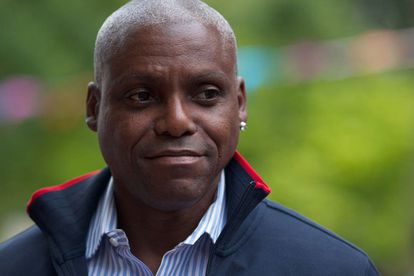 The USA 4x100m relay squad were left digesting another Olympic debacle, failing to qualify for the final after a performance branded a “total embarrassment” by Carl Lewis. Photo: AFP

The USA 4x100m relay squad were left digesting another Olympic debacle, failing to qualify for the final after a performance branded a “total embarrassment” by Carl Lewis. Photo: AFP

The USA 4x100m relay squad were left digesting another Olympic debacle on Thursday, failing to qualify for the final after a performance branded a “total embarrassment” by Carl Lewis.

The American men arrived in Tokyo as favourites after a world championship victory in 2019 that raised hopes of a first Olympic 4x100m relay gold in 21 years.

But their dreams of ending that relay title drought were left in tatters after the US quartet of Trayvon Bromell, Fred Kerley, Ronnie Baker and Cravon Gillespie trailed in sixth in a time of 38.10 seconds.

A shaky baton handover between Kerley and Baker and a poor anchor leg from Gillespie condemned the Americans to elimination.

Though the USA have suffered multiple disqualifications over the years, Thursday marked the first time an American 4x100m squad has failed to make the Olympic final from a completed heat.

The US have not taken the Olympic title since 2000, and last earned a medal in the event in 2004, when they won silver in Athens.

“The USA team did everything wrong in the men’s relay,” Lewis wrote on Twitter.

“The passing system is wrong, athletes running the wrong legs, and it was clear that there was no leadership.

“It was a total embarrassment, and completely unacceptable for a USA team to look worse than the AAU (Amateur Athletic Union) kids I saw.”

Leroy Burrell, a member of the 1992 gold medal-winning US relay squad alongside Lewis, added: “I have no words.”

“Trying to get two people running full speed to exchange a baton within a 20-metre zone requires practice!” Johnson wrote on Twitter.

“Especially when you haven’t won this event since 2000 due to drops and zone violations! Embarrassing and ridiculous.”

Members of the US team were also left struggling to explain the latest entry in the Americans’ extensive catalogue of under-achievement.

“Honestly, I’m not even sure,” was the verdict of Gillespie when asked what went wrong.

“We’ve definitely got to pick up for the worlds (championships) next year and the next Olympics because this is unacceptable,” he added.

“We just didn’t get the job done today, no excuses,” said second-leg runner Kerley, silver medallist in the men’s 100m final on Sunday.

Third-leg runner Baker suggested the team had not had enough practice.

“We are all running fast right now,” Baker said.

The Americans’ heat was won by China in a time of 37.92 while Canada, anchored by newly crowned 200m champion Andre de Grasse, came second.

Italy qualified in third place with a time of 37.95.

Japan also reached the final after finishing third in 38.16.