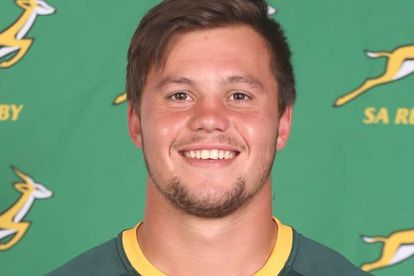 Junior Boks’ hooker, Tiaan van der Merwe will be out of action for six weeks, thanks to a foul mouth.

The front-rower landed himself in trouble during his side’s semi-final defeat to England when he verbally abused one of the opposition’s lock forwards, Joel Kpoku.

He was cited under Law 9.12, which states the following;

A player must not verbally abuse anyone. Verbal abuse includes – but is not limited to – abuse based on religion, colour, national or ethnic origin, sexual orientation.

The player was initially handed a 12-week ban, but following his guilty plea, his suspension cut in half, as it was reduced to six weeks.

Another WR disciplinary judgement was for Tiaan van der Merwe, the Junior Springbok’s hooker who had an altercation with England u20’s 2nd row Joel Kpoku.

This means that he will be out of action for the rest of the Lions’ Rugby Challenge fixtures, and also miss out on the opening U21 Championship game, which takes place in August.

The Baby Boks had a disappointing run in the Junior World Championships, as they crashed out in the semifinals, suffering a narrow defeat to England, as they went down 32-31. This after they were thrashed by France in the pool stages of the competition.

They, however, redeemed themselves, by handing pre-tournament favourites, New Zealand a 40-30 defeat in the third-place play-offs, in what was an entertaining try-scoring fest.