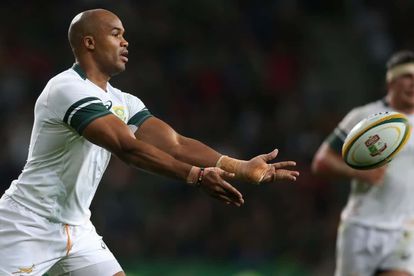 Out of the 170 Springbok-eligible players on the list, I thought, why not see if I could pick a team to play the hapless Italians on the weekend, as opposed to the more headline-grabbing option of choosing a squad to take on the current Bok team; that record is stuck!

So here is my purely overseas-based Springbok team for this Saturday:

Some unlucky names that didn’t make it are the likes of Ashley Johnson, Chris Cloete and Robert Ebersohn, while I’ve specifically excluded Francois Hougaard, Ruan Pienaar, Morné Steyn and Juan de Jongh as they are either well past their best or have recently been dropped from the Boks due to a drop in form. Bryan Habana is injured at the moment, and therefore not available for selection. And finally, I obviously didn’t select anyone who is already in the Bok squad, such as Duane Vermeulen or Francois Louw.

A few of the above names left SA Rugby under a cloud or after a slump in form, and have now become cult heroes in the northern hemisphere and deserved a look-in. Take Jaco Taute for example, where he was persuaded successfully to accept a contract extension at Munster as his impact was swift and outstanding. Likewise for Gio Aplon and Jean Deysel.

The worrying (or even scary?) thing is that this squad fills me with far more confidence than the current one that has been picked for the Italian job on Saturday. Sure, they might not have played together much or if at all, but given the disconnect and deer-in-headlights understanding between the incumbents, I really wouldn’t lose sleep about combinations and cohesion! Besides, this is a virtual Barbarians team and we all know how much they value entertainment over being a robot with all instinct removed.

How far the mighty have fallen.

What makes this weekend’s potential Italian debacle part deux even more disturbing is that since shockingly (or was it?) beating the Boks last November, the home team has won only one of their next Tests. One. And it was a dire affair to boot, scraping a 19-10 win against Fiji, while they got stuffed in the Six Nations and have clearly done nothing since!

So which group would you pick to win this riveting fixture? The above team or the one put out by Allister Coetzee, statistically one of the worst coaches ever privileged enough to wear a Springbok blazer?