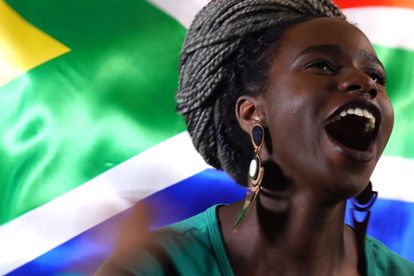 The 2022 Women’s Africa Cup of Nations (Wafcon) opened in Morocco with several storylines that include challenges to perennial giants, broadcast to a global audience, increased monetary payout to the winner and an expanded number of finalists. There are 12 teams left standing.

The competition is the biggest women’s football tournament on the continent and it has brought excitement before sizeable stadium crowds and those watching via television all over the world. Morocco is one of the teams expected to challenge for the title that Nigeria has dominated since winning the debut edition of the tournament in 1991.

It’s the biggest and most talked-about Wafcon yet, but the 2022 competition in Morocco is also going to be remembered for the introduction of the enforcement of testosterone tests for players.

The introduction of testosterone testing

For years there have been controversies surrounding claims of teams sporting men footballers disguised as women. These cases are not all straight forward fraud. The issue of testing testosterone levels is complex.

Testosterone testing in sport is used to verify gender and – controversially – determine whether female athletes with high testosterone levels have an unfair advantage.

In the early years, Nigeria’s Iyabo Abade faced such claims and was eventually dismissed from the competition after she was discovered to be intersex. An intersex person can be born with a combination of male and female biological traits, but there are several different intersex conditions, falling into a broader range of what are known as Differences of Sexual Development. Today, Abade identifies as a man, James Johnson, and is in the process of transitioning surgically.

Wafcon now faces the same debate. For the first time, the Confederation of African Football (Caf) – deferring to the gender rules of world football body Fifa – has taken the matter a step further.

It is using testosterone tests to determine who is eligible to participate. As should be expected, this has brewed controversy. Zambian top scorer and star, Barbra Banda, 22, has been deemed ineligible after she reportedly tested above the limit for testosterone levels.

Banda failed to suit up for her country’s opening game against Cameroon, yet much of Zambia’s hope of success lies on her shoulders. She is her country’s most decorated participant and led the Chinese Super League with 18 goals in 13 games on her debut season. She scored two hat tricks at the Tokyo Olympics. Zambia was also reportedly warned about two other players, Racheal Nachula and Racheal Kundananji, who recorded high testosterone levels.

ALSO READ: BUSINESSMAN AND BYSTANDER SHOT DURING ROBBERY IN KZN

This is no doubt just a foretaste of the controversy that will follow the implementation of testosterone testing at Wafcon. But it hasn’t drowned out the news off the pitch.

In the early action involving the 12 teams that have made it to the final stage, Morocco dominated its opening game but only won with a set piece goal in a game that they should have won by a wider margin.

Defending champions Nigeria, winner of 11 championships, lost its opening game 1-2 to South Africa. Nigeria pulled a goal back very late in a game that was dominated by the South African team. Perennial power team Cameroon could only tie 0-0 with Zambia even with the Zambians missing suspended star player Banda.

These results underline the changing of power in women’s football in Africa. The expanded final tournament (up from eight to 12 teams) will help improve competition and narrow the gap between the top teams and the others.

South Africa has now beaten Nigeria in consecutive games and in domineering fashion. One of those games was at a competition in Nigeria. The days of Nigeria coming into the competition as automatic favourites are quickly disappearing. Clearly, the investments that other African nations are making in women football are beginning to pay off and several teams are already showing promise. Both hosts Morocco and Senegal have already qualified from Group A after winning two of their opening games each.

The testosterone testing debate will continue to wage in later Wafcons and across women’s sports for some time off the field. On the field there is no doubt that the 2022 edition is taking Wafcon to another level.