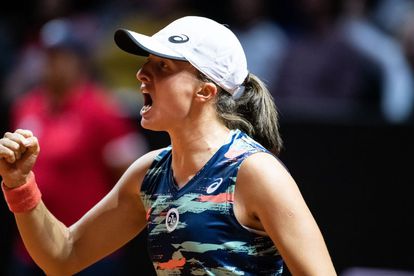 Iga Swiatek joked that she hoped it would rain on her practice days so that she could get an extra day off to explore Paris before the French Open.

Iga Swiatek wants an extra day off in Paris

Swiatek, the 2020 champion, is on a 28-match win streak and has pocketed five successive titles this season.

Four-time major winner Naomi Osaka, a former world number one but now down at 38, returns to Paris 12 months after she pulled out ahead of the second round, citing mental health issues.

She had also been threatened with expulsion and fined by organisers over her refusal to attend press conferences.

Anisimova knocked Osaka out of the Australian Open in the third round this year.

Tunisia’s Ons Jabeur, seeded six and the champion on clay in Madrid last month, takes on Magda Linette of Poland in her first round clash.

“A central theme of women’s tennis in 2022: Iga Swiatek is in a class of her own.

“When Ashleigh Barty announced her sudden retirement from tennis in late March, the Pole immediately took the reins and became the fourth woman in history to claim the coveted Indian Wells-Miami Double. She would rise to No.1 the following Monday, and has remained undefeated since.

“After sauntering through the clay season, where the soon to be 21-year-old claimed titles in Stuttgart and Rome, Swiatek is in pole position as she begins her quest for a second major title.”