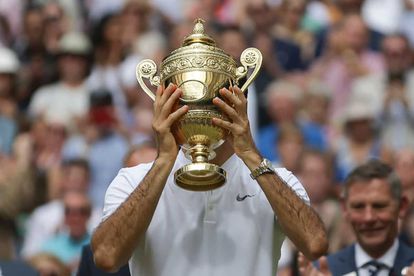 Wimbledon’s ban of Russian and Belarusian players from the 2022 tournament has been slammed by the ATP and WTA Tours. Photo: AFP PHOTO / POOL AND AFP PHOTO / Daniel LEAL-OLIVAS

Wimbledon’s ban of Russian and Belarusian players from the 2022 tournament has been slammed by the ATP and WTA Tours. Photo: AFP PHOTO / POOL AND AFP PHOTO / Daniel LEAL-OLIVAS

Wimbledon has banned Russian and Belarusian players from the 2022 tournament in response to the invasion of Ukraine, but ATP and WTA organisers branded the move “unfair” and “very disappointing” on Wednesday.

The All England Lawn Tennis Club (AELTC), which runs Wimbledon, said it was acting to “limit Russia’s global influence through the strongest means possible”.

“In the circumstances of such unjustified and unprecedented military aggression, it would be unacceptable for the Russian regime to derive any benefits from the involvement of Russian or Belarusian players,” an AELTC statement said.

“Given the profile of The Championships in the United Kingdom and around the world, it is our responsibility to play our part in the widespread efforts of Government, industry, sporting and creative institutions to limit Russia’s global influence through the strongest means possible.”

The Lawn Tennis Association has also banned Russian or Belarusian players from competing in other British grass-court tournaments, including Wimbledon warm-up events at Queen’s Club and Eastbourne.

Players from Russia and Belarus have been able to compete on the ATP and WTA tours since the war in Ukraine started, but they were not allowed to use their national flags.

The ITF had already banned both countries’ teams from the Davis Cup and the Billie Jean King Cup.

ATP and WTA bosses claim the Wimbledon ban is discriminatory and sets a damaging precedent.

“We believe that today’s unilateral decision by Wimbledon and the LTA to exclude players from Russia and Belarus from this year’s British grass-court swing is unfair and has the potential to set a damaging precedent for the game,” an ATP statement said.

“Discrimination based on nationality also constitutes a violation of our agreement with Wimbledon that states that player entry is based solely on ATP Rankings.

“Our sport is proud to operate on the fundamental principles of merit and fairness, where players compete as individuals to earn their place in tournaments based on the ATP Rankings.”

The WTA said the decision was “neither fair nor justified”.

“We are very disappointed in today’s announcement,” the WTA said in a statement.

“A fundamental principal of the WTA is that individual athletes may participate in professional tennis events based on merit and without any form of discrimination.”

“I cannot support the decision of Wimbledon, I think it is crazy,” said the 20-time Grand Slam champion.

“The players, the tennis players, the athletes have nothing to do with it (war). When politics interferes with sport, the result is not good.”

Others hit by the ban are Russia’s Andrey Rublev, who is currently eighth in the ATP rankings, while his compatriot Karen Khachanov is in 26th place.

Russian world No 15 Anastasia Pavlyuchenkova and Victoria Azarenka of Belarus are two of the other top female players who will miss the grass-court Grand Slam.

Wimbledon will start on 27 June

Wimbledon, the most high-profile of tennis’s four Grand Slam events, runs from 27 June to 10 July this year.

At present, Russian and Belarusian players are still able to compete at the French Open, which starts in May.

Wimbledon chiefs spoke to the British government earlier in April to discuss whether they should follow a similar policy to the men’s and women’s circuits.

“We recognise that this is hard on the individuals affected, and it is with sadness that they will suffer for the actions of the leaders of the Russian regime,” AELTC chairperson Ian Hewitt said.

The AELTC statement added that the ban would be reconsidered if circumstances “change materially” between now and June.

Russia reacted angrily to the reports, deeming it “unacceptable”.

“This is unacceptable. Taking into account that Russia is a very strong tennis country, our athletes are at the top of world rankings, the competition itself will suffer from their removal.”

The United States Tennis Association (USTA) acknowledged “the difficult decision made by the All England Club”.

“At this time, the USTA has not made a decision regarding the participation of Russian and Belarusian players at the 2022 US Open.”