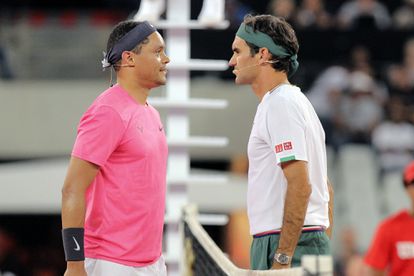 Johannesburg-born comedian and The Daily Show host Trevor Noah has often spoken about his Swiss heritage.

And now that the funny man is on tour of the European country as part of his Back To Abnormal World Tour he can’t stop raving about the place.

Noah held shows at the Geneva Arena on Tuesday and at Hallenstadion in Zurich on Wednesday this week.

Noah’s father Robert, is of Swiss-German ancestry, and his mother, Patricia Nombuyiselo Noah, is Xhosa.

At the time of his birth on 20 February 1984, his parents’ interracial relationship was illegal, something Noah highlighted in his autobiography, Born a Crime.

Interracial sexual relations and marriages were not decriminalised until a year after Noah’s birth, when the Immorality Act was amended in 1985.

Noah took to social media to write: “Switzerland. What a surreal experience this was for me. I’ve always dreamed of visiting my father’s country but never dreamed I would do it like this. Thank you to every single person who came and filled both arenas in Geneva and Zurich. I’ll never forget the experience.”

“You were the ultimate host, the best tour guide and still the classiest man I’ve ever met. I know you miss me on the court but hopefully you’ll be able to play on in my honour now that my knee is out of commission,” Noah wrote.

Federer and Noah – along with Rafal Nadal and billionaire Microsoft founder Bill Gates – played a memorable doubles match at the Match in Africa 6 in Cape Town in early 2020.

Federer, who partnered with Gates, beat Noah and Nadal 6-3.

Meanwhile, as reported by The South African website, Noah is said to have split with actress partner Minka Kelly.

The pair visited Mzansi in mid-2021, but are said to have gone their separate ways.