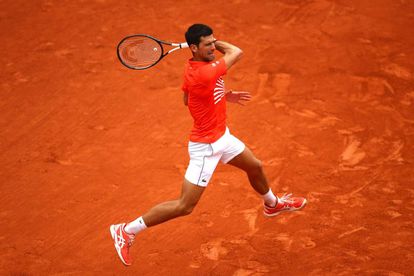 Novak Djokovic will return to action at the Monte Carlo Masters next week where Carlos Alcaraz lies in wait. Photo: Julian Finney/Getty Images

Novak Djokovic will return to action at the Monte Carlo Masters next week where Carlos Alcaraz lies in wait. Photo: Julian Finney/Getty Images

Novak Djokovic will return to action at the Monte Carlo Masters next week where Carlos Alcaraz, the teenager seen as his likely long-term successor as world number one and multiple Grand Slam winner, lies in wait.

Djokovic, who on Monday starts his 365th week on top of the rankings, has played just one tournament in four months.

His now infamous deportation from Melbourne prevented him from an assault on a 10th Australian Open title.

Djokovic’s only appearances on court were in Dubai in February where he played just three matches.

His reluctance to get vaccinated then meant withdrawing from the Indian Wells and Miami tournaments.

Novak Djokovic could face Carlos Alcaraz in the quarters

While he took a back seat, 18-year-old Alcaraz stunned the tennis world by storming to the Miami title, becoming the third youngest winner of a Masters event.

Novak Djokovic, 34, a two-time champion in Monte Carlo, was Friday drawn to face Alcaraz in what would be a blockbuster quarter-final in the principality.

Alcaraz, unlike the great Serb star, has hardly been off a tennis court in 2022, playing 20 matches on the tour with a win-loss record of 18-2.

As well as his Miami triumph, the 18-year-old pushed Rafael Nadal all the way at Indian Wells before succumbing in a three-set semi-final.

“I have always looked up to Rafa, I always watched his big moments and matches and learned a lot from that,” said Alcaraz.

Nadal was among the first to congratulate Alcaraz upon his Miami win, hailing a “historical” triumph.

In Djokovic’s absence, Nadal has nipped ahead of him in the Grand Slam greatness race, winning a 21st major in Australia.

However, 35-year-old Nadal will miss out on Monte Carlo, where he is an 11-time champion, having picked up a rib injury in an Indian Wells final loss to Taylor Fritz.

The Spaniard hopes to be fit to play in Madrid later this month as part of his buildup to the French Open where he will bid for a 14th title.

Also missing from Monte Carlo are world number two and US Open champion Daniil Medvedev who is sidelined for up to two months after undergoing hernia surgery.

Sixth-ranked Matteo Berrettini will sit out Monte Carlo, Madrid and Rome after having hand surgery.

Last year, he made the final of the French Open, only to surrender a two sets to love lead in losing to Djokovic.

Another player eagerly awaited at the plush Monte Carlo Country Club is Stan Wawrinka who won the title in 2014 by beating Roger Federer in the final.

The 37-year-old Wawrinka, a three-time major winner, is now down at 236 in the world after undergoing two surgeries on his left foot last year.

His last match on the main ATP Tour was in Qatar in March 2021.

Wawrinka took his first tentative steps back on court at a second-tier Challenger event in Marbella last month but was defeated in the first round by Sweden’s Elias Ymer, ranked at 131.

This year’s Monte Carlo Masters will be played in front of full crowds for the first time since 2019 after the 2020 event was cancelled and the 2021 edition staged behind closed doors.