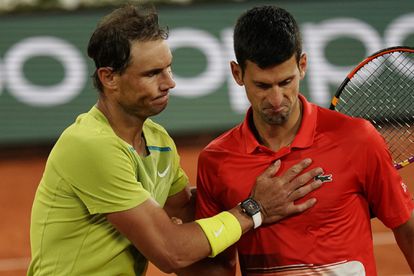 Novak Djokovic, has officially withdrawn from the ATP 1000 Rogers Cup in Montreal, organizers revealed on Thursday.

The Serb star’s unvaccinated status made it unlikely he would compete at the event in Quebec.

It also means he will most likely miss the US Open, which begins in the final week of August.

Novak Djokovic out of Montreal Masters

Montreal Masters tournament director Eugene Lepierre said he did not expect Djokovic to play when quizzed earlier this month.

“Either the Canadian government is going to change the rules regarding vaccination or he is going to roll up his sleeves and get the vaccine. But I don’t think any of those scenarios are realistic,” Lepierre said.

German Oscar Otte has also pulled out of the tournament with Benjamin Bonzi of France and Australia’s Wimbledon runner-up Nick Kyrgios handed spots in the main draw.

Meanwhile, Andy Murray was handed a wild card on Thursday, along with Belgian David Goffin and Canadians Vasek Pospisil and Alexis Galarneau.

He reached finals in Sydney in January and Stuttgart in June but fell in the first round in Washington earlier this week to Sweden’s Mikael Ymer.

Despite the setback, Murray believes he can get his ranking high enough to earn a seeding at the US Open.

“It’s still possible,” Murray said. “I would just need to have a good run in Canada or Cincinnati really. It’s pretty straightforward if I was to make a quarter-final or a semi-final, which right now — after a loss like that — doesn’t seem realistic.

“I do feel like if I play very well that I could do that. But I’ll need to certainly play better than I did today.”