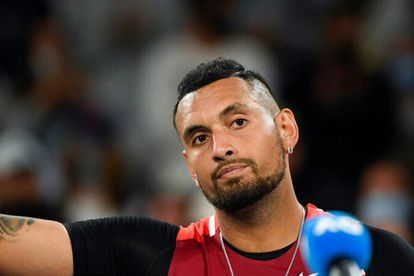 PICTURES | EUGENIE BOUCHARD TURNS HEADS AT THE CANADIAN GRAND PRIX IN HER BRA!

CONGRATS! | BABY NADAL ON THE WAY!

“Kyrgios embodies the types of athletes we want to work with at Evolve,” Osaka told sports business website Boardroom.

“He’s got an unmatched style, passion, and personality that is unlike any other in the sport. We have some big things in the pipeline for him that are very unique and pioneering.”

Duguid called the fiery and controversial Nick Kyrgios the most talented and entertaining tennis player on the tour.

Love him or hate him Nick Kyrgios remains a draw card

The world No 45 is one of the biggest draws in the sport thanks to the unpredictable nature of his matches. While the hugely talented Australian often bamboozles opponents with an array of incredible trick shots, his on-court histrionics and run-ins with umpires have often dominated the headlines.

“Love or hate him, you definitely can’t keep your eyes off him. If you go to any junior tennis tournament, you will see Nick’s influence,” he said.

“For Gen Z and younger, he is absolutely the icon.”

He has won six singles titles on the ATP tour.