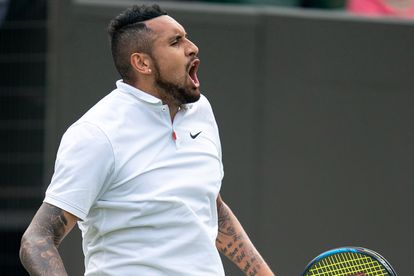 Nick Kyrgios will face court on alleged assault charges in October, after a Canberra magistrate rejected his appeal for a months-long delay. Photo: AFP

Nick Kyrgios will face court on alleged assault charges in October, after a Canberra magistrate rejected his appeal for a months-long delay. Photo: AFP

Nick Kyrgios’ mother says she has seen a big difference in her son this year, who is “finally appreciating where he is” and enjoying life.

The richly-talented but deeply divisive Australian is through to the biggest match of his career after Spanish superstar Rafael Nadal pulled out of their Wimbledon semi-final with an abdominal injury.

It thrust the 27-year-old into a maiden Grand Slam decider against either Novak Djokovic or Cameron Norrie – a remarkable feat after admitting this year he had suicidal thoughts, abused drugs and self-harmed during a dark period in his life in 2019.

Nick Kyrgios blamed his depression on the relentless grind of the tennis tour, being away from family and putting pressure on himself, which frequently resulted in on-court tantrums and fines.

But his Malaysian mother Norlaila, known as Nill, told the Sydney Morning Herald on Friday he was finally beginning to enjoy himself, with girlfriend Costeen Hatzi by his side.

“He’s finally appreciating where he is, that’s the best thing about all this,” she said.

“Beforehand it was so hard for us to get him to do anything. He was happy to sit in his room and play video games all the time. His shoulder would hurt him from how much he would play.

“In Beijing we wanted him to walk the Great Wall of China with us. Who wouldn’t, right? But Nick wouldn’t go. He was happy to sit in his room and order in, that’s what worried me.

“I remember in Canada we said, ‘Let’s go to Niagara Falls’. He wouldn’t even go there. Nick wouldn’t want to do those things. Wow, there’s such a difference now,” she added to the newspaper.

“I see it on his (Instagram) stories. Since the Australian Open this year (in January), he has started doing some things.

“Because he now understands that life doesn’t revolve around tennis. No one expects him to be like that. You have to enjoy your life. I’m really happy he is now.”

Kyrgios has been dating Hatzi since late last year and she took to Instagram to congratulate him.

“Final of Wimbledon, this is insane. I love you and can’t wait to see you out there with all out support,” she said.

“When you have the right people around you, anything is possible.”

Kyrgios reposted Hatzi’s story and added: “My baby, what a ride it’s been. Why not one more? I love you.”

Nick Kyrgios hasn’t had a coach for years

Kyrgios hasn’t had a coach for years and works with an extremely tight-knit team, most of whom are with him in London.

Inevitably with Nick Kyrgios, becoming Australia’s first men’s Grand Slam finalist since Lleyton Hewitt at the Australian Open in 2005 has been a rollercoaster ride.

He was fined $14,000 after an ugly spat with third-round opponent Stefanos Tsitsipas and ahead of his quarter-final it emerged that he will face court in Australia next month over an assault allegation.