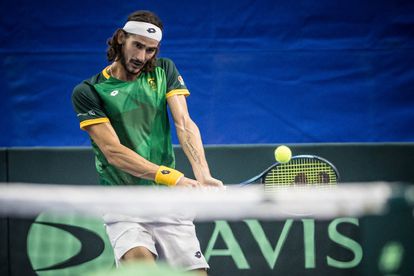 South Africa have crashed to an embarrassing defeat against Israel in their World Group I promotion playoff. Photo: Israel Tennis Association

South Africa have crashed to an embarrassing defeat against Israel in their World Group I promotion playoff. Photo: Israel Tennis Association

South Africa’s Lloyd Harris has progressed to the second round of the Miami Open for the third time in his career.

Harris defeated Argentine Facundo Bagnis 6-3, 6-3 in an hour and 21 minutes at the Hard Rock Stadium’s Court 5 on Thursday 24 March.

It was his third win over Bagnis in as many meetings.

The 25-year-old Capetonian has never gone beyond the second round at the ATP 1000 event and will face a tough test in the round of 64.

Harris will face Canadian 12th seed Denis Shapovalov in the second round.

There might be 30 rankings places between them but Harris sports the edge in their previous meetings.

Harris beat Shapovalov in their first meeting in the Dubai Tennis Championships in 2021 in a tough three setter.

At the 2021 US Open Harris steamrolled over Shapovalov with a 6-4, 6-4, 6-4 win as the South African enjoyed a run to the quarterfinals.

Harris’ 44th ATP singles ranking makes him the South African No 1 at the moment with Kevin Anderson failing to qualify for the main draw and continuing to slide down the pecking order.

He reached the third round at Indian Wells in the previous stop on the ATP Tour and has been struggling for form of late.

Harris lost as South Africa were downed by Israel in the recent round of Davis Cup ties.

The World No 44 says that he approaches all of his matches in the same way.

“Mentally, I don’t have a problem to face anyone. I think I come up against the big players, I take it as any other opponent, I see every match equally.

“I bring my best physicality, mentality, my best tennis to the court every time. There’s been a lot of tough players, but to say I’ve mentally had a problem with facing a player, I don’t think I can say that.”