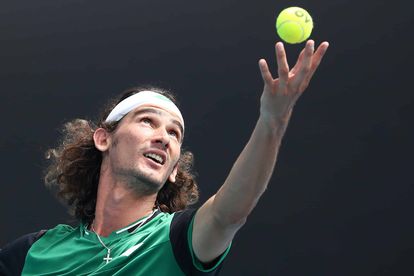 South Africa’s top-ranked tennis player, Lloyd Harris, will face Japan’s Yoshihito Nishioka in the third round of the Miami Open on Monday, 28 March.

Harris recorded a superb win over world No 14 Denis Shapovalov in the second round at the Miami Open and will hope that victory will finally get his season going.

Harris had won only two out of eight matches on the main tour this year (before facing Denis Shapovalov), and both of those wins came against the clay-court specialist Facundo Bagnis on hard surfaces in Indian Wells and Miami.

Lloyd Harris is currently ranked 44th in the world

Moreover, this is world No 44 Harris’ best result at the Miami Open in three appearances as both of his previous campaigns in 2019 and 2021 ended in the second round.

He now needs one more win to post his best result in Masters events as he has never won more than two main-draw matches in a row at this level.

Yoshihito Nishioka recovered from a poor start and later erased a set deficit to upset Dan Evans in the second round at the Miami Open.

Lloyd Harris leads 1-0. The South African may have made a terrible start to 2022, but he is a solid 3-1 against left-handed opponents in these three months and dropped only seven games when the pair met in a Masters event in Cincinnati last year. Yoshihito Nishioka can offer a decent challenge, but it is Lloyd Harris’ performance that probably decides the outcome here.