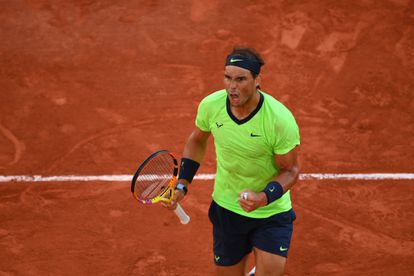 Tennis superstar Rafael Nadal has been named among Time Magazine’s 100 most infuential people of 2022.

Brady lauded the uncanny focus and drive of the Spanish tennis legend.

The seven-time Super Bowl winner says that Nadal is among the athletes that have inspired him by pushing himself beyond the limit.

“From the moment he stepped onto the court as a young player, Rafael Nadal had an unrivaled charisma,” wrote Brady for Time Magazine.

“He has the mental and physical toughness to do what all great athletes do: play their best in the biggest moments. He elevates his emotional state to a place where he can be insanely focused on the smallest thing to create an edge over his opponent, willing himself to victory.

“It has paid off. When he won the 2022 Australian Open, Rafa earned his 21st Grand Slam singles title—the most of any male tennis player in history.

“I admire athletes who push themselves to the limit, and I’m absolutely inspired every time Rafa takes the court. There’s something to be learned from watching his determination, his strategy, everything that it takes for him to never take any moment for granted. He’s forever going to be remembered as one of the very best athletes in all of sports.”

Most Influential People List: Six musicians who scored a spot

Nadal is currently in the midst of a bid to win a record-extending 14th French Open.

To do so, it is likely that Nadal will have to defeat both World No 1 Novak Djokovic and hot prospect Carlos Alcaraz, and that’s just to reach the final.

Djokovic himself bids to defend his French Open title and his World No 1 ranking with both Daniil Medvedev and Alexander Zverev able to seize it should things go their way.