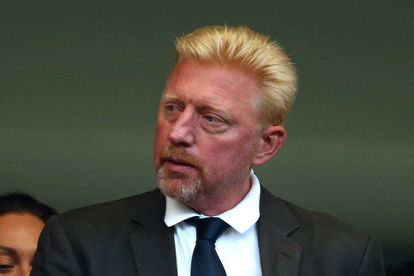 Novak Djokovic said on Friday “it breaks my heart” to see former coach Boris Becker in prison over charges relating to a 2017 bankruptcy and hopes the German legend stays “healthy and strong”.

In that time, they won six majors, a run which included a career Grand Slam when Djokovic won the first of his French Opens in 2016.

“It breaks my heart to see him go through this,” said Djokovic.

“Boris was always so nice to me and my family, and we had a great relationship throughout the years and achieved great things in this sport.

“I have been in touch with one of his sons, Noah, and asking if there is something that I could do to help. But it’s terrible. I just hope that he will stay healthy and strong.”

World number one Djokovic also said on Friday that he wants to return to the Australian Open next year after being deported from Melbourne in January after refusing to get vaccinated.

Since that fiasco, there has been a change of government in Australia and Djokovic is hopeful that a new administration may also mean a fresh look at his visa status.

“I would like to go there and play Australian Open. I don’t hold any grudges,” he said.

Novak Djokovic into Round 4 at French Open

Djokovic, the defending champion in Paris, reached the fourth round for the 13th straight year with a 6-3, 6-3, 6-2 win over Slovenia’s Aljaz Bedene, firing nine aces and 30 winners past his 195th-ranked opponent.

Next up for the 35-year-old is a match-up with Argentina’s Diego Schwartzman, the 15th seed, for a place in the quarter-finals.

Djokovic, bidding for a record-equalling 21st Grand Slam title, has a perfect 6-0 record over Schwartzman including a five-set win in Paris in the third round in 2017.

Djokovic, who is yet to drop a set at Roland Garros this year over three rounds, is seeded to face 13-time champion Rafael Nadal in the quarter-finals.