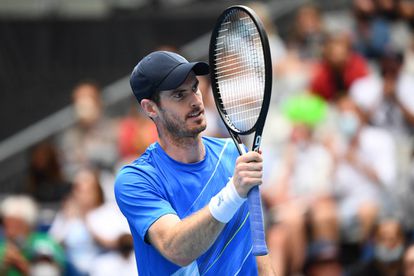 Andy Murray said it was “not really a match” after Nick Kyrgios was penalised a game following an on-court meltdown in their Stuttgart semi. Photo: William West / AFP

Andy Murray said it was “not really a match” after Nick Kyrgios was penalised a game following an on-court meltdown in their Stuttgart semi. Photo: William West / AFP

Former world number one Andy Murray has been forced to pull out of his match against Novak Djokovic at the Madrid Masters on Thursday, tournament organisers said.

“Unfortunately Andy Murray is ill and is not in a position to play,” the organisers said.

It would have been the 37th meeting between Murray and current world number one Djokovic, but the first since they played each other in the Doha final in January 2017.

The Serb, a three-time Madrid champion, is finding his rhythm after competing sparingly this year following his deportation from Australia over his Covid vaccination status, preventing him playing in the Australian Open.

Andy Murray has had hip problems in recent years

Murray has been beset by injury problems in recent years, especially to his hip, and is now ranked 78th in the world.

The 34-year-old Scotsman had been given an invitation to the Madrid tournament and beat first Dominic Thiem then Canadian 14th seed Denis Shapovalov – who overcame Murray on the way to last year’s Wimbledon semi-finals – to reach the last 16.