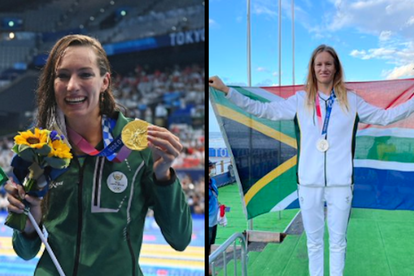 The South African Sports Confederation and Olympics Committee (SASCOC) has confirmed that it WILL NOT provide bonuses to the two athletes who won our only medals at the Games in Tokyo.

South Africa’s medal winners ‘will not get bonuses’

In what was a relatively bleak Olympics for Team SA, both Tatjana Schoenmaker and Bianca Buitendag won three medals: Schoenmaker scooped a gold and a silver in the pool, whereas Buitendag finished second in the surfing.

With so few athletes finishing on the podium for South Africa, one would assume that SASCOC could find a bit of spare change behind the office sofas to reward our shining lights. Alas, it seems we are asking too much…

“This does not mean Sascoc does not want to issue performance bonuses. In fact, as we speak, we are trying to negotiate with partners to try and assist us in this regard. If one has to give performance bonuses for medals in the Olympics, we would then have to do that to the Paralympic athletes as well.”

“SASCOC cannot place unrealistic expectations on its athletes when we know full well that we can’t compete with the likes of Great Britain. Great Britain receives £350 million over a four-year cycle in preparation for the Olympics. SASCOC receives R28 million over four years.”

The news has filtered through to Twitter on Monday, and boy, are people cheesed off. Despite SASCOC’s modest budget, many feel that the decision simply ignores the hard work and dedication shown by Schoenmaker and Buitendag. And as for this whole debacle playing out on Women’s Day? Well, it could only happen in South Africa…

So SASCOC have said that Olympic medal winners, Tatjana Schoenmaker and Bianca Buitendag, won't be receiving medal bonuses. Incredible performances by incredible athletes let down by a system that actually doesn't care about SA athletes

Those Athletes who gained MEDALS at the OLYMPICS are now being deprived of their GOVERNMENT PROMISE OF A BONUS. WHAT DID YOU EXPECT FROM A USELESS, BANKRUPT SASCOC HENDIRKS! Can someone with integrity (which our Govt. lacks), start a fund?

You know what would have been a great Women’s Day present SASCOC? Paying our two female Olympic medalists the medal bonuses they deserve.