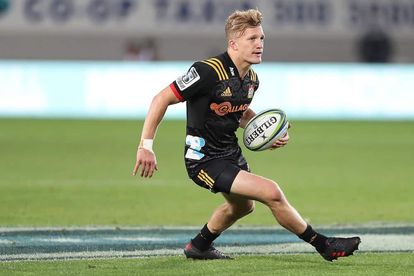 AUCKLAND, NEW ZEALAND – MARCH 02: Damian McKenzie of the Chiefs during the round two Super Rugby match between the Blues and the Chiefs at Eden Park on March 2, 2018 in Auckland, New Zealand. (Photo by Dave Rowland/Getty Images)

AUCKLAND, NEW ZEALAND – MARCH 02: Damian McKenzie of the Chiefs during the round two Super Rugby match between the Blues and the Chiefs at Eden Park on March 2, 2018 in Auckland, New Zealand. (Photo by Dave Rowland/Getty Images)

Highlights to follow as soon as they are made available. Refresh the page to make sure you see the latest…

The Chiefs ran nine tries past the Sunwolves to beat them 10-61 when the two sides met in their Super Rugby clash on Saturday.

So freely did the Chiefs manage to score that seven different players crossed the whitewash. Pivot Damian McKenzie slotted eight conversions to pile on the misery.

In response, the Sunwolves managed just two tries. The Japanese franchise, which has been praised for showing a marked improvement in this year’s competition, is now the only side to have not won a single game. They sit at the bottom of the Super Rugby table.

Read: Check out all of the weekend’s Super Rugby results and the latest table

Ardron began the rout in the fifth minute, muscling over after Yu Tamura’s booted clearance had smashed scrum-half Fumiaki Tanaka in the head.

That gaffe set the tone for the Sunwolves, who gave up three more tries to Retallick, Harris and Alaimalo before pulling one back through Semisi Masirewa before halftime.

Hosea Saumaki briefly raised hopes for the Sunwolves when he burst clear to score moments after the restart.

But normal service was resumed when McKenzie exchanged passes with Toni Pulu to score and Alaimalo raced away for his second try after good work from Ardron.

McKenzie then chased down a Te Toiroa Tahuriorangi kick try for his second before setting up Liam Polwart to bring up the half-century.

Off-duty traffic officer GUNNED down while driving with friends

ANC KZN: No women in the running for top position – voting is underway

Banyana Banyana vs Morocco: How to LIVE STREAM!