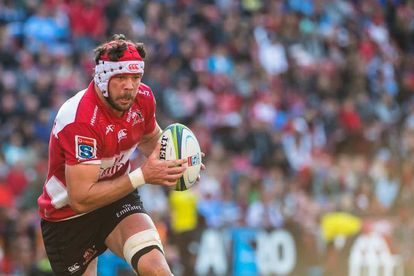 If you’re looking for live scores and updates, head over here.

The Lions managed to secure a home Super Rugby semi-final for the third successive year after defeating the Jaguares 40-23 in Johannesburg last Saturday. This time the Lions will take on the Waratahs in this weekend’s semi-final showdown.

The Waratahs advanced to the final four after turning a 17-point deficit at halftime into a seven-point victory against the Highlanders last week.

Waratahs player, Sekope Kepu told the Sydney Morning Herald that the Waratahs forwards were frothing with excitement about the challenge of the Lions’ proud, heavyweight pack:

Harold Vorster will run out in his 50th Super Rugby game for the Lions this Saturday.

He made his VSR debut in 2015. He will be joining the Panasonic Wild Knights for the Currie Cup season.

Lourens Erasmus starts at flank in the place of Cyle Brink who could not recover from a stinger to his right arm he sustained in the game against the Jaguares last weekend.

According to the Waratahs’ website, the selection of hooker Tolu Latu is the only change to the starting line-up for Saturday night’s match.

Latu replaces Damien Fitzpatrick, who will move to the bench.

Waratahs Head Coach Daryl Gibson said the inclusion of Latu was a reflection of the type of game the Lions were likely to play:

“This match will be a very physical encounter, particularly with the breakdown and scrum being key battlegrounds. These are areas where Tolu excels. We are expecting a real set piece battle so we need to be good in this area to compete with the Lions’ scrum and lineout,” Gibson said.

Gibson said he did not envisage the Lions changing their game plan.

“I can’t see the Lions changing what has worked for them all season. We learnt a great deal from the last time we played them when they won easily, and when their strengths led them to victory. We have again focused on our defence this week as we see that as key to victory.”

‘Killing yourself is not a solution’: Julius Malema on Riky Rick’s suicide