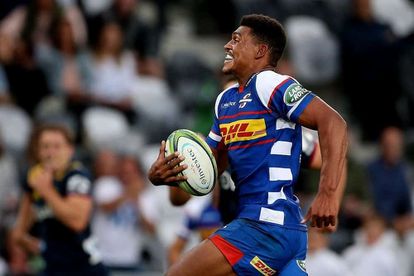 DUNEDIN, OTAGO – MARCH 09: Damian Willemse of the Stormers runs to the tryline to score during the round four Super Rugby match between the Highlanders and the Stormers Forsyth Barr Stadium on March 9, 2018 in Dunedin, New Zealand. (Photo by Dianne Manson/Getty Images)

DUNEDIN, OTAGO – MARCH 09: Damian Willemse of the Stormers runs to the tryline to score during the round four Super Rugby match between the Highlanders and the Stormers Forsyth Barr Stadium on March 9, 2018 in Dunedin, New Zealand. (Photo by Dianne Manson/Getty Images)

The Stormers are heading down to Johannesburg for their action-packed clash against the Lions this coming Saturday.

The Stormers and Lions are respectively in first and second place on the South African conference log.

Overall the Lions are keeping strong in second place. They are currently on the heels of the Crusaders who are -in fact on top of the overall log. The Crusaders defeated the Lions during a thrilling match 8-14 last weekend.

On the other hand, the Stormers lost against the Bulls in an unexpected turn of events last weekend, and are looking to turn things around.

Stormers Head Coach Robbie Fleck said that his team will give everything at during their match against the Lions.

“This match is a great opportunity for us as a team and we are looking forward to the challenge,” he said.

The Lions have a relatively unchanged team for their clash against the Stormers. Wing Ruan Combrinck will replace Sylvian Mahuza who in turn, drops to the bench. Marvin Orie also returns while, on the bench, Johannes Jonker comes in for Jacobie Adriaanse.

The Lions have a bye next week and will leave South Africa on 17 April where they will take on the Waratahs, Reds, Hurricanes and Highlanders on tour.

According to the Stormers’ official website, the team will see some injury-enforced changes to the starting line-up.

Injuries to scrumhalf Justin Phillips and flank Cobus Wiese means that Jano Vermaak and Chris van Zyl will both start the match. Van Zyl slots in the second row alongside Jan de Klerk, with Pieter-Steph du Toit moving to the flank and Jaco Coetzee among the replacements.

The Lions won three home, one away. The Stormers won two home, three away.

83% of Superbru players expects the Lions to win.