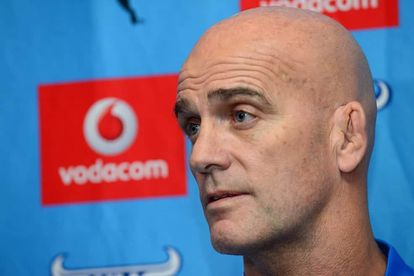 John Mitchell has named his first Bulls touring squad ahead of their Australasian leg of the Super Rugby competition.

The Bulls will play the Reds in Brisbane and then face the Chiefs in New Zealand before completing the trip with a match against the defending Champions, the Crusaders.

Mitchell’s first season as coach of the Bulls has been a mixed bag of results. They beat the Hurricanes in their opening game but got hammered by the Lions over the weekend.

Speaking to the press after the weekend’s defeat, Mitchell said he believes the driving maul played a huge factor in the loss.

“They got us in one area (the driving maul) and exposed our system.

“It’s actually an area we’ve been developing and doing well in but in this game it conceded four tries. That then feeds into the rest of the game, it’s an amazing game actually. We didn’t pay attention to detail in that one area.

“But I really don’t think the Lions caught us out. Our system really is pretty good. At the end of the day, the driving maul is something we practice every week. Somehow we just didn’t get it right.”

The Kiwi, however, wasn’t too perturbed by the defeat.

“I don’t think this result is a step back in our development but it wasn’t a good performance,” said the Bulls mentor.

“We have to determine what we did wrong and go back into our process. It’s about checking where we came short as a coaching group and what details the players might’ve missed.”