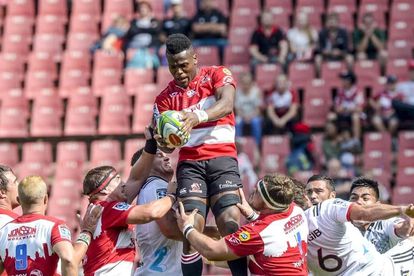 The Lions are set to face the Highlanders in Dunedin on Saturday.

Following their blow against the Hurricanes last week, the Lions are hoping to win in order to secure a strong lead on the South African Conference log, even though they will have to go into the match without hooker Malcolm Marx who injured his hamstring last weekend and is expected to be unavailable for six weeks.

The starting fifteen has a settled look to it, however, halfback Aaron Smith has been rested and his place will be taken by Kayne Hammington.

James Lentjes will play in the No.7 jersey with Dillon Hunt earning a break and Tevita Nabura will make his second appearance of the season on the left wing. Josh Dickson and Marino Mikaele Tu’u will provide fresh legs off the bench.

The Lions saw six changes to their team against the Highlanders.

Robbie Coetzee starts at hooker with Johannes Jonker next to him in the front row. Two new locks, Andries Ferreira and Marvin Orie will lock the scrum while the loose trio will consist of Cyle Brink, captain Franco Mostert and Kwagga Smith.

The backline will stay the same as against the Hurricanes last weekend. The bench will be made up of three front rankers, Jacques van Rooyen, Ruan Dreyer and Jacobie Adriaanse, also Lourens Erasmus, Marnus Schoeman, Dillon Smit, Rohan Janse van Rensburg and Sylvian Mahuza.

Injury Update: Emirates Lions hooker @M_marxi2 has a high grade hamstring tendon tear. He does not require surgery and is not expected to recover for at least six weeks. Marx was injured in the Vodacom Super Rugby match against the Hurricanes in Wellington over the past weekend. pic.twitter.com/xPseixUJX9