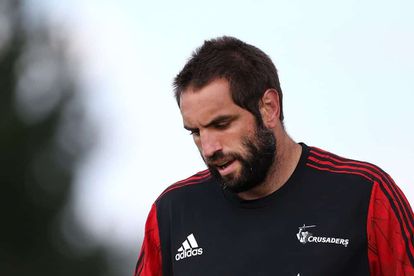 New Zealand coach Ian Foster has named a new-look side to kick off the All Blacks’ northern hemisphere tour against the United States in Washington DC on Saturday. Photo by Dianne Manson/Getty Images

New Zealand coach Ian Foster has named a new-look side to kick off the All Blacks’ northern hemisphere tour against the United States in Washington DC on Saturday. Photo by Dianne Manson/Getty Images

The Crusaders are set to host the Hurricanes this Saturday night in this weekends’ Super Rugby semi-final clash at AMI Stadium in Christchurch.

Crusaders head coach Scott Robertson said there is no shortage of excitement in camp in the build-up to this match:

“This game is going to be huge, it doesn’t get any bigger than a New Zealand derby match in the knockout stages of Super Rugby.

“Everyone who has worn the jersey for us this season has performed so this was the hardest team to name because of the great depth we have in our squad. Joe has worked extremely hard to get back in time for Finals footy, and he joins a powerful forward pack, who are ready for the challenge on Saturday night.

“It’s always a privilege to play at home, but to host a Semi Final in front of our fans adds another level of anticipation and pride to the mix. Our fans have been right behind us all season and we’re excited to once again play for them in this week’s Semi Final,” Robertson said.

There is just one change from the starting XV that took the field against the Sharks in the quarter-final last weekend.

The Crusaders’ welcome the return of All Blacks’ prop Joe Moody, who has recovered from injury to start at loosehead prop. Fellow All Blacks’ front-rower Tim Perry will provide cover on the bench.

The Hurricanes have named an unchanged starting XV for Saturday’s match against the Crusaders.

After defeating the Chiefs 32-31 in last week’s quarter-final, Hurricanes head coach Chris Boyd has resisted the temptation to change a winning combination as they prepare to take on the defending champions.

The bench is also settled, although there is potential for one change with Ardie Savea bracketed with Reed Prinsep.

According to the Hurricanes’ website, Savea has not played since he suffered a high ankle sprain in the All Blacks third test against France on June 23.

Boyd said Savea had worked extremely hard to return to the Hurricanes campaign and a decision on whether he would take his place in the matchday squad would be made later in the week.

He was pleased with how the squad had prepared and played against the Chiefs but he recognized the challenge the Crusaders would provide the team.