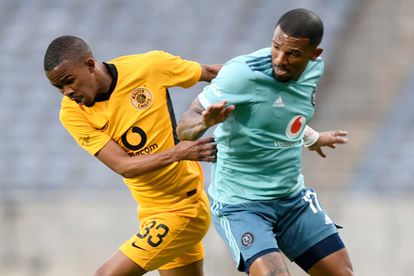 Kaizer Chiefs youngster Sabelo Radebe could be set to leave the club according to the latest reports doing the rounds.

Radebe has been at Chiefs throughout his development

Radebe has been part of the Chiefs set up since a very young age, progressing through most if not all the development ranks at the club. Through his impressive and consistent performances for the club in the Diski Challenge, alongside the likes of Happy Mashiane, Nkosingiphile Ngcobo and Njabulo Blom, the player was also finally rewarded with a promotion to the senior side.

The 21-year-old found himself called upon by both Gavin Hunt and Arthur Zwane towards the backend of the previous DStv Premiership season. Radebe’s impressive form seemed to trickle on to the pre-season, where it looked like his impressive showing against Orlando Pirates in the 2021 Carling Black Label Cup was set to earn him a more prominent role within the Chiefs first team under Baxter.

READ | WATCH | ALL SMILES AS KAIZER CHIEFS RETURN TO TRAINING AND LOOK WHO IS BACK!

That has proven not to be the case, however, as Radebe has had the bulk of his appearances in the Diski Challenge yet again this season. It now seems as if he has decided that the limbo between being too good for the DDC and too far from the Chiefs matchday squad is too much for him, and could be set for a loan move to Swallows in this January transfer window according to The Citizen.

Source confirms Swallows are interested in loaning the player.

“Well, I know that there have been some people at Swallows who have enquired about his services before. It’s been a while since he has been monitored, along with Given Thibedi. Luckily, Thibedi was able to join Swallows, but now bringing Radebe to Swallows is the next big task for the management at the club,”

But the source then revealed that he doesn’t think the move happening would be smooth sailing, however.

“I am not really sure if Chiefs will let him go, even on loan because he is one of the top gems coming from their development structures. They let go of Thibedi, which was a very big issue, so we will see if it will be the same with Radebe,” he confirmed.

Would a loan move be the most beneficial for both Chiefs and Radebe.