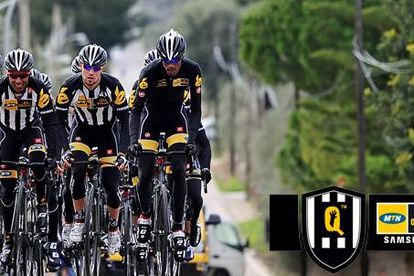 The MTN-Qhubeka squad consists of 11 riders (nine riders and two reserves), three of which are South Africans.

“If you talk to any of the riders in our team, they will tell you that the European riders have helped them fast-track them to victory,” he told Eyewitness News.

“The reason why we’re not 100 percent from Africa is that the international rider group have an amazing amount of experience and knowledge and mentorship that they can bring to us as African riders.”

Team MTN-Qhubeka received a wild card to participate in the 2015 Tour de France on 14 January. This marks the first time in the 101 year history of the race that a team from Africa will participate.

Ryder told Eyewitness News that he is disappointed by the lack of support and recognition for MTN-Qhubeka’s achievements, particularly from the Sports Ministry.

“The fact that we’re going to the Tour de France and they haven’t acknowledged our existence from the sporting ranks specifically, for me it’s kind of saddening and I wonder why it’s happening,” he said.

“You don’t do it every year and this a historic moment for world cycling but it’s not big enough and which for me it’s very sad.”

MTN-Qhubeka promotes the Qhubeka Foundation’s work in giving bikes to rural villages. In isiXhosa, qhubeka means to move forward. According to Qhubeka’s website, over eight million children walk to school each day and more than two million walk for longer than 30 minutes each way.

Two Africans competed individually in the Tour de France in 2013. Daryl Impey was the first South African to hold a yellow jersey and Kenyan Chris Froome, who was born to British parents, went on to win the race. South Africa’s previous biggest success in the Tour came in 2007 when Robert Hunter became the only African cyclist to have won a stage.