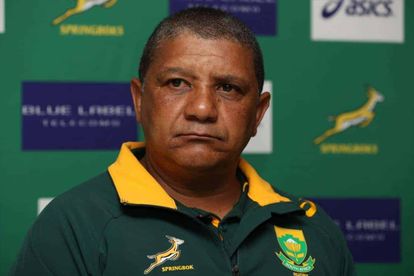 Mixed metaphors and corporate gibberish are alive and well.

Get this for an absolute gem from interim SARU president, Mark Alexander: “But the proof of the pudding will be in the outcomes and I am glad to say it was very solutions-focused two days.”

One: You eat a pudding, you do not outcome it.

Two: What the bloody hell does that drivel even mean? The floor is yours to say whatever you want in any of South Africa’s 11 official languages and that is the best you can come up with? Give us strength.

Copying New Zealand is the dream.

“In New Zealand, all 180 players are contracted to New Zealand Rugby, but in South Africa we have six different franchises, each with their own different methods of playing the game,” said Alexander, thankfully more intelligibly than his previous attempt at public speaking.

Cohesion is one thing, but they have also managed extensive racial and cultural integration in the Land Of The Long White Cloud. Is the appetite to make the effort to achieve that here really present within the South African rugby establishment?

The bigwigs have developed a new method all right. After decades of taking a thoroughly insular (some may dare to say arrogant), we-know-best approach to the sport – there is now an almost unhealthy obsession with their New Zealand counterparts. What tactics they use, how their domestic structure works, when they put their washing on the line…

Sure, there is much to admire about the All Blacks, but can they really be challenged simply by tagging along behind them with a magnifying glass and a notepad?

World Cup-winning (World Cup-winning!) coach Jake White wasn’t deemed worthy of an invite, for reasons best known to SARU’s inner-sanctum. He may well have been unable to make it down to Cape Town, but if you don’t ask and all that. Maybe he was personally invited by Alexander but mistook the letter for a wordsearch competition.

Almost as dumb as failing to invite a proven winner is popping the question to another at the last minute. Peter de Villiers had packed his case, combed his moustache and was on his way to a coaching assignment in Namibia by the time they got around to asking him. Still, South Africa’s loss is the Kalahari Desert’s gain.

We wouldn’t dare suggest that all the suspiciously positive noises emanating from the Southern Sun Hotel were staged or managed in any way. Nevertheless, the coach of the Springboks is doing very well in sticking to the script after being locked in a room full of people telling him how to do his job better.

Coetzee described the event as a “ground-breaking moment in SA Rugby,” despite knowing full well an expectant nation will demand results sharpish. He’s sticking to the script, but keep an eye out for chinks in the armour if the outgoing tour goes pear-shaped.