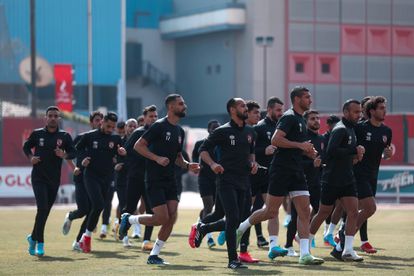 Al Ahly are coming off a disappointing 1-0 defeat against Mamelodi Sundowns in the CAF Champions League which, as reported by The South African website, has put their hopes of defending their title in jeopardy.

However, on the domestic scene they remain unbeaten and sit in second place behind Pyramids, with one match in hand.

They will now face seventh-placed Pharco in what will be a crucial game to boost the team’s morale and to regain their position on top of the table.

South Africa’s Percy Tau has been named in the squad, but it remains to be seen whether Mosimane will select him to start or play him off the bench.

Kick-off at the Alexandria Stadium is scheduled for 20:00 SA time.

READ | LAST EVER SOWETO DERBY FOR THESE KAIZER CHIEFS AND ORLANDO PIRATES LEGENDS?