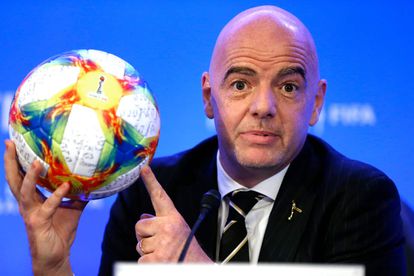 FIFA will hold an online summit on Monday, 20 December to discuss the feasibility of a biennial Soccer World Cup. Photo: RHONA WISE / AFP

FIFA will hold an online summit on Monday, 20 December to discuss the feasibility of a biennial Soccer World Cup. Photo: RHONA WISE / AFP

FIFA will hold an online summit on Monday, 20 December to discuss the feasibility of a biennial Soccer World Cup, rather than staging the competition every four years.

The proposal has drawn widespread opposition from leagues, players and supporters groups, but has notably received the backing of the Confederation of African Football (CAF), which accounts for 54 of FIFA’s 211 member associations.

Below, a look at the rationale behind FIFA’s plans:

What are the main reasons for FIFA’s proposal?

FIFA’s central argument is that a biennial World Cup would create more profits that could be distributed to federations in Africa, Asia and South America, who have a greater reliance on FIFA funds than the wealthy European leagues.

President Gianni Infantino also wants to “make football truly global” and open up the tournament to smaller countries, which will partially be addressed by the expansion to 48 teams from 2026.

“When we scratch beneath the surface, we see that top football is very much confined to a small group of countries,” Infantino said this week in Doha.

“It is our job to narrow this gap.”

No team outside Europe or South America has ever reached the World Cup final. Next year’s tournament will be the first held in the Middle East, with 16 of 21 previous editions organised by UEFA or CONMEBOL members.

Infantino not only wants more World Cups, but more joint hosts too.

“Right now, the World Cup doesn’t come back to a continent for 24 years and that’s more than a generation.”

Who has spoken up in support?

CAF last month gave its support to FIFA’s proposal, while both CONCACAF – which covers North and Central America and the Caribbean – and the Asian Football Confederation (AFC) have said they are open to the idea. It is likely to appeal to the Oceania region as well.

Only five African nations will go to Qatar, prompting Ivory Coast coach Patrice Beaumelle to recently accuse FIFA of “killing African football” after his side were eliminated from qualifying.

CONCACAF said in September it would consider proposals to overhaul the international calendars for men’s, women’s and youth football if it were to create a more balanced structure for the sport globally.

FIFA has also enlisted a host of former players and coaches, so-called “legends” who are paid as ambassadors, to promote the project, including former Manchester United and Denmark goalkeeper Peter Schmeichel.

After a gathering in Doha, Schmeichel said “we all were in agreement”.

Brazilian World Cup winner Ronaldo insisted that if you asked the world’s two best current players, Lionel Messi and Cristiano Ronaldo, “I’m sure they will all say yes.”

How will it affect other competitions?

Arsene Wenger, FIFA’s head of global development, has suggested having a major international tournament every year, alternating between World Cups and continental events like the European Championship and the Copa America.

Space would be created, he claims, by staging all qualifying matches in October, or October and March, rather than spacing them out across the year.

“World championships are just massive focus points in terms of elevating our game, not just in terms of the economic driver of sponsors coming to the table, but I think participation probably increases too after these events,” said Ellis, who led the United States to World Cup titles in 2015 and 2019.

“There are a lot of reasons for us to dig into it.”

What about concerns over player welfare?

Wenger refutes the argument that the players would face increased strain, contending that they would have to make fewer long journeys and would have a minimum of 25 days rest after playing in summer tournaments for their countries.

No timeline has been given for the implementation of FIFA’s proposal, but there is a broad consensus the international match calendar – for which there is an agreement in place until 2024 – needs reforming.

Manchester City and Belgium star Kevin De Bruyne has claimed a biennial competition is “not a bad idea”, so long as players are granted more time to rest at the end of the season.