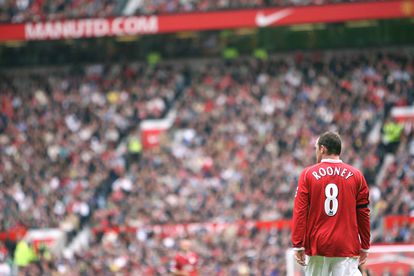 Rashford has been struggling for form this season, and has dramatically fallen out of favour under the leadership of Manchester United interim manager Ralf Rangnick. Despite boasting immense talent, Rashford is now looking at a premature and largely unexpected exit from the Red Devils, which drew an angry response from Rooney.

According to reports, Rooney was speaking at an event in Manchester over the weekend, where he slammed the attitude of the 24-year-old Rashford, who has only managed to record five goals across 26 appearances in all competitions this season.

Specifically, Rooney reference the goal-scoring record that he achieved during a decorated career at United, which saw him score 253 goals between 2004 and 2017.

“To get the record and be United’s highest goal scorer is f***ing massive,” Rooney apparently commented.

“What I hope is that Marcus Rashford f*cking gets his head out of his a*se and goes and breaks that record. He is a Manchester lad.”

Currently, Rooney is plying his trade as a coach at Derby in the Championship, but many believe he could one day return to United in a coaching capacity

“The whole reason in me going into management is Manchester United. I got offered the job interview for the Everton job,” said Rooney.

“I want to be Manchester United manager. I know I am not ready now but I have to plan everything I do to make sure one day it will happen.”