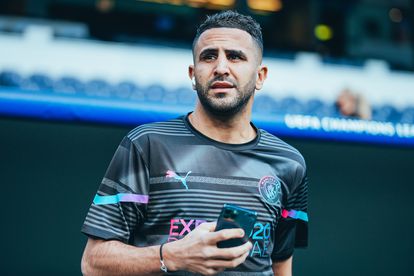 Real Madrid will focus everything on overhauling their one-goal deficit to Manchester City in their Champions League semi-final second leg. Photo: Twitter @ManCity

Real Madrid will focus everything on overhauling their one-goal deficit to Manchester City in their Champions League semi-final second leg. Photo: Twitter @ManCity

With their 35th La Liga title sealed courtesy of Saturday’s 4-0 win over Espanyol, Real Madrid can focus everything on overhauling their one-goal deficit to Manchester City in their UEFA Champions League semi-final second leg.

With manager Carlo Ancelotti able to rest key players and still wrap up the title, they’re in good shape although David Alaba is one big absentee due to injury.

The Austrian wasn’t alone in struggling in Manchester where Real Madrid lost 4-3 and suffered their second straight defeat by a one-goal margin to English opponents.

A repeat would force this tie into extra-time, but having kept clean sheets in both previous away legs of their Champions League knockout ties this term, Manchester City will travel with some confidence, especially after beating Leeds 4-0 at the weekend to return to the Premier League summit.

This is, however, just their third appearance in the Champions League’s last four having lost 1-0 on aggregate against Real Madrid in 2015/16, and like their hosts they are unable to field their first-choice backline.

The ‘Cityzens’ have made great strides since then though, losing just four of their last 25 Champions League matches played on foreign soil (W17, D4), including a 2-1 win here in the Round of 16 in 2019/20, before they went on to win the second leg by the same scoreline.

Real Madrid’s Karim Benzema is the first man to net 40+ competitive goals in one season for the club since Cristiano Ronaldo’s departure and with nine Champions League knockout stage goals this term, he’s one short of levelling another of his former team-mate’s records. Meanwhile, Manchester City’s Kevin De Bruyne opened the scoring in two of their last three Champions League fixtures.