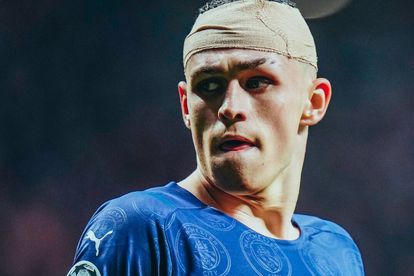 Manchester City will face Real Madrid in the Champions League semi-finals after a 1-0 aggregate victory over Atletico Madrid following a goalless draw in Wednesday’s second leg in Spain.

READ | HOW THE LOG LOOKS AFTER TUESDAY’S DSTV PREMIERSHIP MATCHES

Kevin De Bruyne’s goal in last week’s first leg of their quarter-final tie at the Etihad was enough to send Pep Guardiola’s City through to the last four for the second year in a row.

City goalkeeper Ederson turned away a shot from Angel Correa in the dying seconds after more than 12 minutes of stoppage time after a sideline brawl sparked by Felipe kicking out at Phil Foden.

The Brazilian defender was sent off for a second yellow card in a feisty finish to the match.

Atletico kept pushing for an equaliser until the very end but Manchester City, who lost last season’s final to Chelsea, held on.