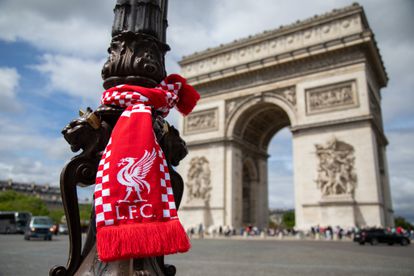 Around 7 000 police will marshal fans during the Champions League final where as many as 40 000 ticketless Liverpool supporters are expected. Photo: Twitter @LFC

Around 7 000 police will marshal fans during the Champions League final where as many as 40 000 ticketless Liverpool supporters are expected. Photo: Twitter @LFC

Around 7 000 police will be on duty to marshal fans during Saturday’s Champions League final where as many as 40 000 ticketless Liverpool supporters are expected, authorities said on Thursday.

The match between Liverpool and Real Madrid was originally scheduled to be played in Saint Petersburg, but the French capital stepped in when UEFA stripped the Russian city of the match following the invasion of Ukraine.

Only 20 000 Liverpool fans have tickets

Only around 20 000 supporters each from Liverpool and Real Madrid are officially able to watch the eagerly awaited match at the Stade de France.

The Paris city authorities have prepared a vast fan zone for up to 45 000 Liverpool supporters along the Cours de Vincennes, a major avenue in the east of Paris, 10km from the stadium.

“It’s to make sure things go as well as they can,” explained Paris deputy mayor Emmanuel Gregoire.

A second fan park in the northern suburb of Saint-Denis where the Stade de France is located is reserved for Real Madrid supporters with tickets ahead of the game.

That fan zone will then be open to local fans after the Real Madrid supporters have moved on to the stadium.

The Champs-Elysees avenue, one of Paris’ most-visited tourist areas, will be closed to both English and Spanish fans during the afternoon of the game and no drinking will be allowed this weekend at either of the city’s two major airports.