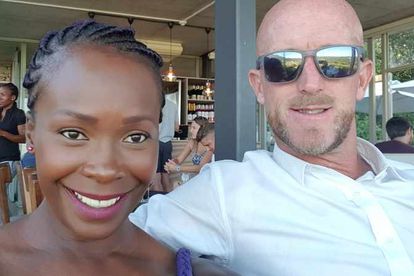 There has been a widespread reaction across the country after Sonia Booth exposed her husband and former Bafana Bafana captain Matthew Booth on social media for having an alleged extramarital affair.

In a series of Instagram posts on Monday night, Sonia gave a detailed account of her husband’s alleged cheating and confirmed that the information at her disposal was gathered by a private investigator and from the tracking device in her car, which her husband used.

The claims levelled against Booth

Booth’s wife claims the affair between him and a woman called Bongi Mthombeni-Möller started on Valentine’s Day the year. Mthombeni-Möller is a fitness instructor at and an ambassador for Virgin Active.

There were more revelations by the wife, which includes a cheesecake Booth baked at home for his mistress, bank statements showing purchases of flowers, luxury brand perfumes and expensive lunches and romantic getaways to Pietermaritzburg and Umhlanga.

And local social media users were quick to give their five-cents worth following the exposé of the former Bafana legend.

ALSO READ | WHO IS MATTHEW BOOTH? 10 THINGS YOU SHOULD KNOW

Booth played centre back for Bafana Bafana between 1999 and 2010 and made 37 international appearances for his country. At club level, he turned Cape Town Spurs, Mamelodi Sundowns, Ajax Cape Town and Bidvest Wits.

The 45-year-old is the second high-profile South African sports personality embroiled in a cheating scandal, after Springboks flyhalf Elton Jantjies was also recently accused of infidelity.

It was initially alleged that Jantjies had an affair with team dietician Zeenat Simjee. At the time, both denied being romantically involved, but Jantjies’ wife has since revealed that he admitted to her that he had been in a relationship with Simjee for several months.