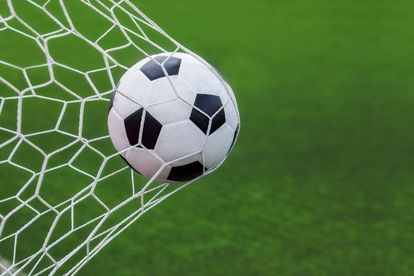 The history of soccer from 19 century until today. Image credit: AdobeStock

The history of soccer from 19 century until today. Image credit: AdobeStock

“Black” and “white”, was instrumental in the popularisation and internationalisation of the sport in Europe and South America from the beginning of 20 century. In 1908, the FIFA invited the (SAFA), so South Africa joined them in 1910. It was the first non-European team to join FIFA. SAFA was excluded from FIFA in 1926, before reinstating it in 1951. Due to its racist positions and its support for the regime, the teams couldn’t play in FIFA from 1961 to 1976. Then, the unified and non-racial soccer association joined FIFA again in the beginning of 1990’s, after Apartheid has collapsed. Therefore, we should notice that South African footballers helped to develop this so popular sport inside the country and abroad.

In 1806, the Dutch colony of Cape Town passed under the British flag. English-language schools started to use this sport in the 1860s. The first match officially took place in May 1862 in Port Elizabeth, then another in Cape Town in August of the same year. Adopted by local schools and colleges, rugby was also a popular sport in the Cape Colony. Soccer was popular in Natal, and another well-known match was played in 1866 in Pietermaritzburg. The clubs of these countries have existed since 1880 and the White-only Natal Association since 1882. The discovery of gold in the Witwatersrand massif in 1886 and the emergence of Johannesburg as the main economic center fostered the development of this game in the region. The Transvaal Association was founded in 1889, and the Transvaal Indian Association seven years later.

All the historical events are very interesting and full of facts. Today, the great success of this sport in South Africa is noticed for some reasons:

In 1996, the National Professional Soccer League (NPSL) was replaced by the South African Premier League (Premiership), which, after the dissolution of the NPSL in 1995, became the main big sport event for South African clubs, which is so until today. The first Premier League champion was the “Manning Rangers” of Durban. Over the next ten seasons, the League is animated by the “old guard”: “Mamelodi Sundowns”, “Orlando Pirates” and “Kaizer Chiefs”. However, in the 2000s, representatives of the “new wave” appeared, for example, “SuperSport United”, which became the champion of South Africa three times. Other teams that constantly compete with the leaders of the elite division of the South African Championship include such clubs as “Ajax” and “Santos” from Cape Town, “Platinum Stars” from Rustenburg, “Moroka Swallows” from Jermiston, “Bidvest Wits” and “Jomo Cosmos” from Johannesburg.

The championship is traditionally held from August to May. The number of participants until 2002 was 18 clubs, from 2003 to the present day, there are 16 teams. All clubs play 30 matches per season, meeting twice with each of the teams (home / away). Three points are awarded for a victory, one for a draw. The national champion and the silver medalist receive tickets to the Champions League, while the team that took 3rd place and the winner of the South African Cup. The team that finished in the last 16th place at the end of the season is automatically sent to the First Division. The fifteenth-placed team takes part in a transitional mini-tournament with three clubs from the First Division for the right to remain at the top.

Let’s kick off with some basic questions which could be interesting for the newbies and all those who are interested in soccer.

It’s a team game with a ball. Two teams (11 players) use the ball and play with their feet. This is one of the reasons why “football” was called so.

What is a foul?

It’s an unfair action, usually, it means a contact game with hands. The foul is often seen as an infringement, so players could have yellow or red cards for this kind of action.

What is a penalty in football?

In FIFA, a penalty is a direct kick allowing the team to mark a goal because of an infringement. The penalty is usually done 11 meters from the goal line.