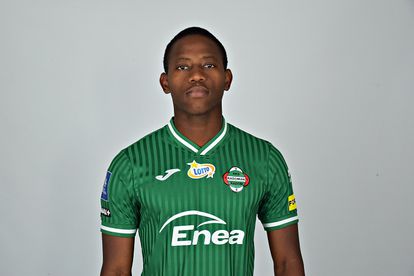 South African star Thabo Cele is yet to break into Hugo Broos’ Bafana Bafana squad, but has been shining at his club in Europe.

The 25-year-old was part of the South Africa under-23 team at the Tokyo Olympics in 2021 and was one of the standout performers in the team.

He plies his trade at Radomiak Radom whom he joined after the Olympics.

Before he signed for the Polish club, the KwaMashu-born star was heavily linked with Kaizer Chiefs and was also interested in joining the Soweto giants.

The KZN Football Academy graduate has been doing wonders in the Ekstraklasa.